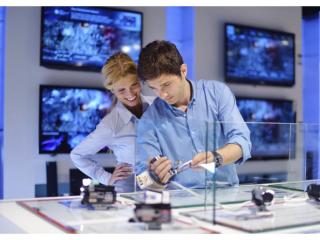 Forty-one percent of consumers returned a non-defective item in the last 12 months, contributing to more than $17 billion in lost revenue annually for store and online retailers, according to a survey by TechSee, which delivers visual customer assistance powered by AI and augmented reality. And 65% of respondents decide to return non-defective electronics early on, citing frustration and/or confusion during product unboxing/unpackaging, installation, and first use.

Consumer returns of non-defective electronic devices is pervasive. Accenture reports that 68% of all consumer electronics (CE) returns fall under the umbrella of no fault found (NFF), situations when an item is returned needlessly.

Fifty-four percent of consumers in the TechSee survey agreed that they would return a product if they found it difficult to install, while nearly 70% said they would also return it if they found it difficult to operate, suggesting customer support is a critical component in lowering no-fault-found (NFF) returns. In fact, 72% of those polled stated good customer service would dissuade them from returning a product.

Many participants expressing a propensity to return product also stated they had never seen or interacted with the product – physically or virtually via video or augmented reality – prior to purchasing. Only 16% had the ability to "try before they buy."

The survey found that viewing product manuals and still images during unpackaging, installation, and first use was not enough to prevent a return. Only 23% of consumers reported that an image, such as a product manual picture, would deter them from returning the product. Rather, most expressed a preference for live video with an expert (44.4%).

"The main conclusions from the study are that many NFF returns can be avoided altogether by offering highly visual interaction channels prior to purchase and with high-quality, visual customer assistance post-purchase, especially during unboxing and installation," said Eitan Cohen, CEO of TechSee.
Advertisement