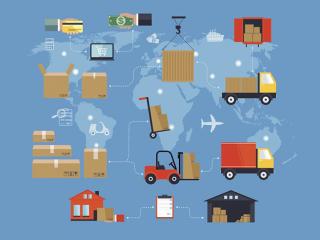 Almost half (40%) of shoppers said delivery is the single most decisive factor in the shopping experience. Yet, delivery issues could cost retailers $333 million this holiday season, not including an additional $1.5 billion in potential lost revenue from shoppers who won’t return after a poor experience.

This was according to “Commitment, Communication and Control: The Modern Customer Delivery Imperative,” a report from Convey. Projections are based on one package per order at an average weighted order value of $78.20.

According to data, a variety of issues could impact retailers delivery efforts. Incorrect addresses among 17.5 million orders could cost retailers $162.2 million. Retailers that experience 11.8 million “return to sender” orders could lose $102.5 million.

Consumers are also holding retailers accountable at every stage of the delivery process. For example, 32% are more likely to blame the retailer for a failed delivery, and 95% expect retailers to contact them if an estimated delivery date changes in transit.

A majority (90%) expect some form of action or compensation for missed promise-by dates, and 41% want to be notified immediately when a delivery exception occurs, preferring e-mail notifications over all other channels.

More than half (60%) of those shopping after Cyber Monday said delivery date was their biggest concern, and 98% want to self-serve or interact with a retailer directly to resolve delivery issues. Those aged 18-34 are 35% more likely to prefer options such as pick-up lockers and holding a shipment at a terminal.

“With every mediocre or poor delivery experience, retailers pay the price in returns, customer service utilization and lost customers,” the report said.
Advertisement