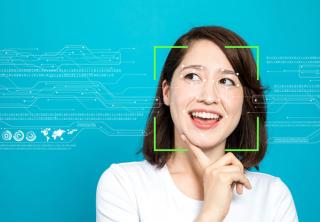 Numerous studies indicate that shoplifting is one of the most common, but least detected and reported crimes in the U.S. today. According to the National Association of Shoplifting Prevention, there are approximately 27 million shoplifters – or one in every 11 people – in our country. More than 10 million people have been caught shoplifting in just the past five years.

While those numbers are bad enough, it may be equally surprising to note that many retailers have been unwilling to take any official action against shoplifters. This is due, in part, to a certain level of acceptance among retailers that shoplifting is just a part of the cost of doing business. So long as theft and damage of goods, known in the retail industry as shrinkage, does not rise above 2% to 3% of goods sold, retailers tend to pay little attention to shoplifting.

Other factors also come into play. Stolen goods may be taken as tax write-offs by retailers. Detection and prosecution of shoplifters takes time and energy, while mistaken apprehensions can result in lawsuits and bring unwanted attention to a retail store. And if a retailer continually reports shoplifting, the store could acquire a reputation for crime.

Beyond that, some retailers believe that the police can do little about the problem. Others see the role of the police as simply to take charge of shoplifters whom store security staff have caught, and then decide on their subsequent handling.

Police departments, for their part, find themselves prioritizing what crimes they handle based at least in part on budgetary decisions. When you have violent crime or property crimes involving major losses, many police departments find themselves in the awkward position of deciding it may not be a viable use of valuable investigative time to pursue criminal investigations of low-value theft cases that are not felonies.

While it may be tempting for retailers and the police to simply look the other way when it comes to shoplifting, several trends have emerged that suggest shoplifting is no longer the petty crime it was once thought to be. The National Retail Federation, for example, estimates that shoplifting and employee theft now costs the U.S. retail industry nearly $48.9 billion a year, while the average cost per shoplifting incident is just shy of $800. And while shoplifting continues to be, for the most part, an opportunistic crime, professional shoplifters who steal solely for resale or profit now comprise 10% of the total dollar losses due to shoplifting. These professionals include hardened criminals who steal as a lifestyle, international shoplifting gangs who steal for profit, and drug addicts who steal to feed their habits.

DRUG PROBLEM: With more than two million Americans now addicted to prescription pain killers and another 600,000 suffering from a substance use disorder involving heroin, that last group is particularly troubling. To feed their drug habits, opioid and heroin addicts often steal from large retail stores, then return the stolen merchandise (with no receipt) in exchange for gift cards. The gift cards are then resold on the street, with the resulting cash used to buy drugs. While no nationwide research showing the connection between opioid addiction and shoplifting has been conducted to date, many police departments have direct experience dealing with this trend. Over a three-month period in 2017, for example, the Knoxville, Tenn., police department found that almost 85% of drug overdoses were directly linked to gift cards.

To counter these trends, both the police and retailers have begun to take a more aggressive approach with regard to shoplifting. Retailers, for their part, are improving store layout and displays to make it easier for staff to exercise surveillance, and upgrading security by restricting unaccompanied minors and keeping nigh-value items in locked displays. Police and retailers are also increasingly working together, forming task forces and establishing early-warning systems to stem organized shoplifting activity.

FACIAL RECOGNITION: Another effective deterrent has been facial recognition software, which uses image processing and machine learning algorithms to match a photo of an unidentified person (known as a probe photo) against a database of photos of identified persons who previously have been convicted of shoplifting or other crimes. The face identification algorithms in the software then produce a list of possible matches, with each match having a score that indicates the quality or likelihood of a match. The police use that list to either rule out or further investigate each match, just as they would with any other investigative lead.

While facial recognition software has been available for more than a decade, it has become a more viable tool for targeting shoplifters as prices have dropped and the technology has improved. Advances such as deep learning have produced significant gains when processing probe photos which previously had been challenged by issues such as low resolution, poor lighting, motion blur, off-angle faces, and the presence of facial hair, glasses, or hats.

To that end, some retailers have begun displaying signs to inform customers that management is using facial recognition software, turning the store into a “certified safe zone.” In addition, police and retailers in some jurisdictions have undertaken public education campaigns so that consumers are aware of how this technology is being utilized.

Given the growth of shoplifting and the threat posed by professional shoplifters, ignoring the problem is simply not a solution. Using facial recognition software in combination with other deterrents, however, holds the potential to at least stem future activity, while potentially generating leads in cases that would otherwise go unsolved.