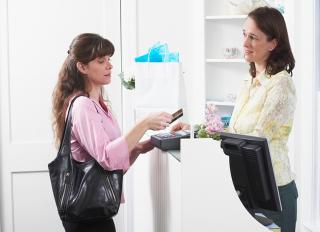 Shoppers who regularly return items may be in for a rude awakening.

In a survey published today, Brightpearl, the world’s largest purpose-built retail ERP platform, revealed that Almost two-thirds (61%) of US retailers are planning to ban shoppers who deliberately and regularly buy multiple items with the intent to return some (so-called “serial returners”), according to a survey by Brightpearl, a cloud-based ERP for retailers and wholesalers. The report, conducted in association with OnePoll, revealed that 42% of U.S. retailers have seen an uplift in serial returners over the last 12 months.

Following a move pioneered by retail giant Amazon – which in May started closing accounts of customers who “request too many refunds” – many brands are now considering banning customers that return too many items, the report said. One-quarter of retailers admit that introducing lifetime bans for problem shoppers is a necessary move to protect their slim margins.

In addition, nearly half of U.S. retailers would impose bans to save time and administration resources – an indication that chronic returns are eroding retailers’ margins.

Of the brands Brightpearl spoke with, almost two-thirds (64%) of all clothing and fashion retailers are set to implement similar measures to Amazon, while 67% of consumer electronic firms plan to do the same. Perhaps more surprisingly, baby and toddler retailers are the most ruthless market segment, with 80% expected to ban serial returners in the near future.

Returns cost an estimated $351 billion in lost sales for U.S. retailers each year (according to the National Retail Federation). Brightpearl surveyed 4,000 online shoppers and 200 retail decision makers to examine the measures that retailers are taking to combat serial returners – and how consumers are reacting to them.

In other key findings from the report:

• The worst offenders are shoppers aged 18-34, where 22% of respondents confess to having intentionally bought more items than they intended to keep.

• Most shoppers support bans for serial returners, with 58% agreeing it’s a fair policy. However, there are clear differences in attitudes depending on age group, with 18-24s the least likely to agree with the policy.

• Just 7% of respondents disagreed about banning serial returners, while 11% said they would never shop with an online retailer who imposed bans for returning too many items.

• Many retailers do not have the right technologies in place to identify repeat offenders. Fifty-nine percent of the surveyed retailers said that they cannot identify – or do not know whether they can identify – who their serial returning customers are.

“In today’s consumer-led retail environment, intentional returning could spell disaster for retail business owners if they do not have visibility over regularly returning customers. Without this, retailers will struggle with the definition and consistent application of their returns strategies – and could face a resulting backlash from shoppers,” said Derek O’Carroll, CEO, Brightpearl.
Advertisement