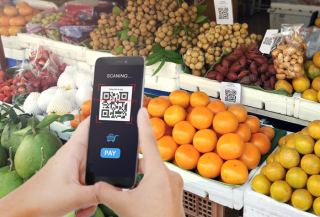 All that is needed for New Jersey to become the second state in the nation to ban cashless store is the signature of Gov. Phil Murphy.

New Jersey legislators have passed a bill to prevent businesses from banning consumers from using cash for purchases. The bill, which passed with overwhelming support, applies only to point-of-sale purchases and excludes mail, telephone and Internet sales. Car-rental companies are also exempted.

Under the proposed law, violators would be subject to a civil fine of up to $2,500 for the first offense and $5,000 for the second. Further violations would be considered unlawful practices under the state’s Consumer Fraud Act.

“Many people do not have access to consumer credit, and any effort by retail establishments to ban the use of cash would be discriminatory towards those people,” one of the bill’s main sponsors, said Rep. Paul D. Moriarty, D-Camden/Gloucester and one of the bill’s main sponsors, in a news release. “The U.S. dollar is legal tender and should be accepted at any retail establishment in New Jersey.”

If the measure becomes law, New Jersey would join Massachusetts as the only states to make cashless stores illegal. That state enacted its law in 1978.
Advertisement