The department store giant said its same-store sales increased 1.0% in the months of November and December 2017 combined, setting the stage for a positive fourth quarter. Active apparel, shoes, dresses, coats, fine jewelry, men’s tailored clothing, children's and home were all top performers. Beauty was also a highlight and showed a marked improvement in trend, with particular strength in fragrance, prestige skincare and cosmetic gifting, the company said.

“We saw improved sales trends in our stores and continued to see double-digit growth on our digital platforms,” said Jeff Gennette, Macy’s CEO. “We intend to close the fourth quarter in a good position and head into 2018 with momentum.”

The company announced the closing of 11 Macy’s stores, four of which were previously disclosed. With these closures, the retailer will have completed 81 of the approximately 100 planned store shutterings it announced back in August. It intends to close approximately 19 additional locations as leases or operating covenants expire or sale transactions are completed. Including the stores announced today, Macy’s has closed 124 stores since 2015. (See end of story for list of stores scheduled to close in early 2018.)

Macy’s also said it is making staffing adjustments across the stores organization with reductions in some stores and increases in others, and is further streamlining in some non-store functions. According to a report by USA Today, Macy’s will eliminate a net total of about 5,000 job positions, including the closures and reductions at remaining locations.

The company expects annual expense savings of $300 million from its actions beginning in fiscal-year 2018, which it intends to reinvest in the business. It also anticipates one-time charges of approximately $160 million, or approximately 33 cents per share, (of which approximately $115 million is expected to be cash) to be booked in the fourth quarter of 2017 for restructuring activities, asset impairment, store closings and other costs.

Macy’s chief executive said the company’s primary focus in 2017 was continue the growth of digital and mobile, stabilize its store business and set the foundation for future growth.

“We’ve made good progress on each, including encouraging trend improvements in our brick & mortar business,” Gennette said. “A healthy store base combined with robust digital capabilities is Macy’s recipe for success. Looking ahead to 2018, we are focused on continuous improvement and will take the necessary steps to move faster, execute more effectively and allocate resources to invest in growth.”

The following Macy’s stores will be closing in early 2018. In most cases, clearance sales will begin on January 8, 2018, and run for approximately 8 to 12 weeks. 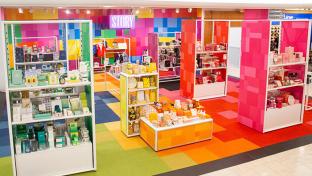 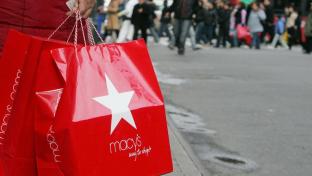 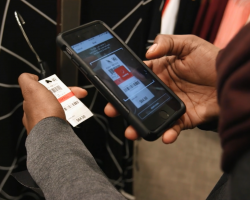 TECHNOLOGY
Macy’s rolling out mobile checkout to all stores; to expand VR pilot