The Kroger Co. is making progress on its plan to build a series of high-tech customer fulfillment centers (CFCs).

Partnering with UK-based online grocery retailer Ocado, Kroger will open an advanced CFC in Groveland, Florida, located 30 miles west of Orlando. Kroger expects to employ more than 400 people in the 375,000-sq.-ft. facility, which is scheduled to break ground later this year and open in 2021.

The CFC model is based on an automated warehouse facility with digital and robotic capabilities, also known as a “shed.” Kroger plans to eventually open 20 CFCs, in partnership with Ocado, to provide omnichannel services to its customers across the entire East Coast. The first center to open under the partnership is being built in Monroe, Ohio. More locations have since been announced.

"Kroger is incredibly excited to construct one of our industry-leading customer fulfillment centers in Groveland, Florida, through our relationship with Ocado," said Alex Tosolini, Kroger's senior VP of new business development. "Through our strategic partnership, we are leveraging advanced robotics technology and creative solutions to redefine the customer experience across America."

Building new technologically advanced CFCs is part of a larger strategy, called “Restock Kroger,” which Kroger introduced in October 2017. In particular, the CFCs align with Restock Kroger priorities to fund technology and infrastructure upgrades, as well as to leverage robotics and artificial intelligence to transform the customer experience.

In November 2018, Kroger announced its first CFC will be constructed in Monroe, Ohio, a suburb north of Cincinnati. Kroger is investing $55 million to build the first facility, which will span 335,000 sq. ft. and is expected to generate more than 410 new jobs, according to the grocer.

Prior to joining forces in May 2018, Kroger already had approximately a 1% stake in Ocado. Through the new deal, Kroger increased its existing investment by 5% in a subscription rights agreement, bringing its total investment to more than 6%. 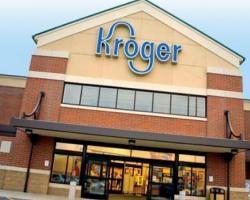 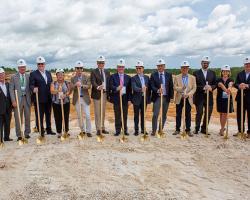