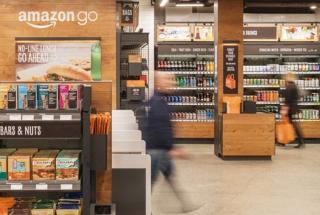 Mounting opposition to cashless stores has not gone unnoticed by Amazon.

According to CNBC, Amazon Go stores will begin accepting cash payments. Steve Kessel, Amazon VP of physical stores, reportedly told attendees of an internal corporate meeting held in March 2019 that Amazon Go will accept “additional payment mechanisms” to address charges of “discrimination and elitism” at the stores, which currently do not process cash transactions.

In a separate email to CNBC, Amazon confirmed the additional payment mechanisms will include cash, but did not provide a timeline or specific details of how cash payments would work. Amazon currently operates 10 Amazon Go stores, which do not feature human cashiers and only accept mobile payments via credit or debit accounts.

Reports indicate Amazon may open 3,000 Amazon Go stores nationwide by 2021. The states of Massachusetts and New Jersey, as well as the city of Philadelphia, all have laws banning stores that do not accept cash payments. New York, San Francisco, Washington, D.C., and Chicago are all considering similar laws.
Advertisement