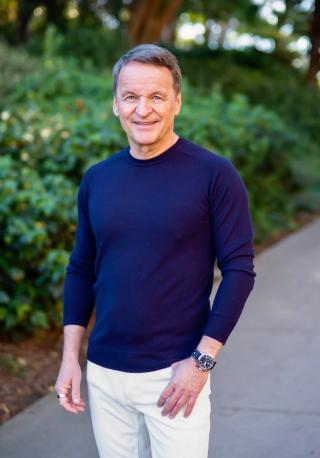 Benno Dorer has been appointed interim CEO of VF Corp.

The chief executive of VF Corp. has stepped down.

In a surprise departure, Steve Rendle stepped down as president, CEO and chairman of the parent company of The North Face, Timberland, Vans and other brands. Lead independent director Benno Dorer has been named interim president and CEO, effective immediately.  In a securities filing, VF said that Rendle, 63, had retired "by mutual agreement with the board."

VF said it has started a search for a permanent CEO and has retained an executive search firm to review internal and external candidates.

“The board thanks Steve for his many contributions and leadership during his nearly six years as CEO and nearly 25 years with VF,” said Dorer. “Steve’s commitment to the business, passion for building strong brands and focus on culture have helped VF evolve our portfolio of strong active-lifestyle brands and establish VF as a purpose-led company. We wish Steve well in his future endeavors.”

In a statement, Rendel said it “has been an honor to lead VF as CEO over the last five years.

“I depart with the deepest gratitude for the extremely talented and dedicated global team at VF,” he added. “I remain as confident as ever in VF’s tremendous potential and look forward to watching the company’s continued success.”

In announcing Rendel’s departure, VF also cut  its full-year outlook  for the year, noting the change was “largely to reflect the impact of weaker than anticipated consumer demand across its categories, primarily in North America, which is resulting in a more elevated than expected promotional environment as well as order cancellations in the wholesale channel to manage trade inventories.”

The company said it now expects 2022 adjusted earnings of $2 to $2.20 a share, down from from $2.40 to $2.50 a share in its earlier view.  It expects revenues this year to rise by 3 percent to 4 percent in constant dollars, down from the 5 percent to 6 percent increase previously seen.

VF said it remains committed to its 2027 growth targets and capital allocation priorities.

“VF has iconic brands in attractive growth categories, deep relationships with consumers and customers, and significant competitive advantages as a portfolio company. I look forward to working closely with the board and VF’s executive leadership team to drive profitable growth across our portfolio while the board identifies the right leader for the company’s next chapter,” said Dorer.

Dorer joined the VF board in 2017 and has served as the lead independent director since 2021. He is a member of the board of  Origin Materials.

He served as executive chair   of The Clorox Company from September 2020 to February 2021, CEO of Clorox from November 2014 to September 2020 and chairman of   Clorox from August 2016 to September 2020. Prior to joining Clorox in 2005, he worked for The Procter & Gamble Company in various marketing and sales roles in the U.S. and Europe since 1990.