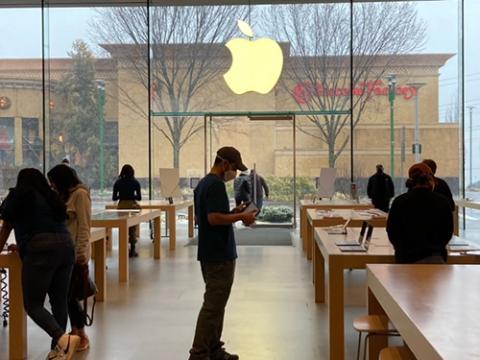 Though its retail GLA is just 72% occupied, top tenants like Apple and Cheesecake Factory keep traffic high at Ridge Hill.

Ridge Hill, a prime mixed-use center that sits atop a scenic hill in Yonkers, NY, is due for the kind of repositioning that made Avalon center the toast of Alpharetta, Ga.

That’s because QIC, the Australian company that owned Ridge Hill, has sold it for $220 million to a joint venture between Nuveen Real Estate, Taconic Partners, and North American Properties—the company that infused Avalon and Atlanta’s Atlantic Station with luxuries such as high-end restaurants and concierge services.

Just last month, Avalon and Nuveen combined on the purchase of The Forum on Peachtree Parkway in North Atlanta with the intent to restore and reposition that 500,000-sq.-ft. property.

“At Atlantic Station, we didn’t lay a brick, but we created a program that drove value for our investors,” NAP managing partner Tim Perry told Chain Store Age in February. “We’ve been successful in that growth. So we are still looking at what we could acquire in the mixed-use sector and on what basis.”

Ridge Hill fit NAP’s bill. Though it lost its Lord & Taylor and REI anchors over the last two years and is currently just 72% occupied, the center continues to draw strong traffic from its office tenants and the residents in its luxury high-rise apartments.

JLL Retail Capital Markets, which handled the sale of the property for QIC, claims that Ridge Hill attracts more than seven million visitors a year and is in the top 1% of the most trafficked centers in the U.S. and New York.

“Ridge Hill is one of the more compelling investment opportunities that I have transacted on in my career,” said Dave Monahan, senior managing director of JLL Retail Capital Markets. “With its exceptional trade area and highly desirable existing tenancy, this asset received a tremendous amount of interest from a broad range of investors.”