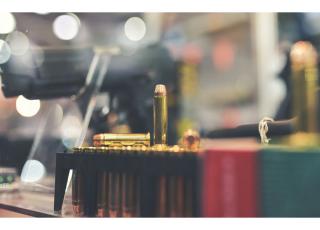 Walmart is making major changes to its gun-sales policies and asking shoppers to stop openly carrying firearms in its stores.

The world’s largest retailer announced that, after selling through its current inventory commitments, it will discontinue sales of short-barrel rifle ammunition such as the .223 caliber and 5.56 caliber. The ammunition, which is commonly used in some hunting rifles, can also be used in large capacity clips on military-style assault weapons.

In addition, Walmart said it will no longer sell handgun ammunition, and will discontinue handgun sales in Alaska, which is the only state where it still sells handguns. The chain is also “respectfully requesting” that customers no longer openly carry firearms into its stores or Sam’s Clubs in states where “open carry” is permitted – unless they are authorized law enforcement officers.

In a letter to Walmart employees, CEO Dave McMillon said the company’s changes regarding guns were prompted by shootings in El Paso, Texas; Southaven, Mississippi; Dayton, Ohio; and, most recently, Midland and Odessa, Texas.

“In a complex situation lacking a simple solution, we are trying to take constructive steps to reduce the risk that events like these will happen again,” McMillon said. “It’s clear to us that the status quo is unacceptable. … We know these decisions will inconvenience some of our customers, and we hope they will understand. As a company, we experienced two horrific events in one week, and we will never be the same.”

The chain’s remaining gun assortment will be even more focused on the needs of hunting and sport shooting enthusiasts. It will include long-barrel deer rifles and shotguns and much of the ammunition they require, as well as hunting and sporting accessories and apparel.

“We have a long heritage as a company of serving responsible hunters and sportsmen and women, and we’re going to continue doing so,” said McMillon, himself a gun owner. "We understand that heritage, our deeply rooted place in America and our influence as the world's largest retailer. And we understand the responsibility that comes with it."

Walmart expects the actions it is taking to reduce its market share of ammunition from around 20% (current share) to a range of approximately 6% to 9%, with the share likely drifting toward the lower end of the range over time given the combination of these changes. On a media call, McMillon did not discuss details on how the changes might affect the company’s financial performance.

As he did after the shootings in El Paso, McMillon once again called for a debate on the reauthorization of the Assault Weapons ban to determine its effectiveness. He also supported the strengthening of background checks and the removal of weapons from those who have been determined to pose an imminent danger.

“Today, I’m sending letters to the White House and the Congressional leadership that call for action on these common-sense measures,” McMillon told employees. “Congress and the administration should act. Given our decades of experience selling firearms, we are also offering to serve as a resource in the national debate on responsible gun sales.”

Walmart has tightened its gun policies over the years. It stopped selling handguns in every state but Alaska in 1993, and discontinued sales of assault-style rifles in 2015. After the shooting at a high school in Parkland, Fla. In 2018, it raised the minimum age for firearms and ammunition purchases from 18 to 21.
Advertisement