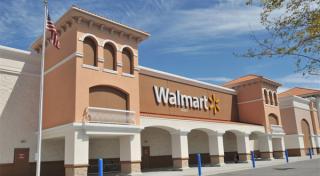 New York City -- Wal-Mart Stores on Friday kicked off its annual shareholders meeting by announcing a $15 billion stock buyback that will replace a previous $15 billion repurchase plan begun a year ago.

The meeting, attended by approximately 15,000 people, including Wal-Mart employees from around the globe, was held at the Bud Walton Arena on the campus of the University of Arkansas in Fayetteville, Ark.

After nearly four hours of music, cheering, celebrity appearances (actor Will Smith served as master of ceremonies) and brief presentations by senior executives, Wal-Mart Stores president and CEO Mike Duke wrapped up the extravaganza by sharing five priorities associated with the global customer of the future, or the “next generation” customer.”

“Our next generation customer will include millions who are striving to join the emerging global middle class,” Duke said. “They’re from the countryside around Punjab, India and the blue collar suburbs of Sao Paulo, Brazil. They’re in the big cities, from the wards of Chicago to the boroughs of New York City. They’re connected to the world through smart phones and social media. They’re in charge of when they shop and how they shop. And believe me, they know who has the lowest prices.”

The company’s first priority is growth -- growth in sales, growth in the number of customers, and growth through new stores and acquisitions.

Duke said same-store sales growth in Walmart U.S. remains his and the U.S. team’s greatest priority. His words came as the company is trying to reverse a two-year sales slump at home,

“To deliver EDLP … we have to be an ELDC operator, “Duke said, “Over the past couple of years, you’ve done a great job quarter after quarter of leveraging expenses … But I know we can do more. No one controls costs better than Walmart because we do it for the right reason -- it’s all for the customer.”

At the meeting, Duke read from a copy of Sam Walton’s biography in which the late Walmart founder shares his thoughts on expense control.

“Every time Wamart spends one dollar foolishly, it comes right out of our customers’ pockets. Every time we save them a dollar, that puts us one more step ahead of the competition,” Duke read from Walton’s book. “No one controls costs better than Walmart because we do it for the right reason.”

Further acceleration of efforts in the area of global e-commerce is the company’s third priority.

“Over the past two months here in the U.S. and in China, we’ve made investments and integrated new talent and technology,” Duke said. “With our stores and low prices, we can really take advantage of mobile technology and this era of price transparency. We can combine our stores, our systems and our logistics expertise into one continuous channel to drive growth and serve the Next Generation customer around the world. So let me be very clear: In global e-commerce, we will not just be competing; we will play to win.

The fourth priority is talent as the fourth priority is the need to develop talent, which means better training and greater opportunity for store associates. Acknowledging the progress the chain has made with diversity and inclusion, Duke said it would do more, including for women and minorities. “And that’s a promise,” he added.

Lastly, Duke said the fifth priority revolved around the concept of “live better” where Walmart leverages its size to make an impact on such pressing social concerns as hunger or sustainability.

“We must continue to broaden and accelerate our work to make a difference on big issues,” he said.