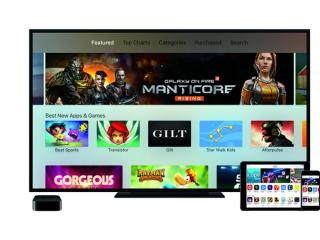 This year’s annual fall Apple event did not offer retailers anything quite as dramatic as last year’s introduction of Apple Pay and Apple Watch. However, there were still a few announcements with potential impact on the omnichannel landscape.

Should you sell to consumers via interactive TV? That is the question forward-thinking retailers will need to ask themselves now that Apple is planning to release an updated version of its Apple TV live video streaming device. Apple TV will include its own App Store, featuring apps for a number of activities, including shopping.

Touch-enabled remote control and voice commands activated by the Apple Siri service will make shopping directly from TV easier than ever. Apple TV may prove the tipping point that brings interactive TV shopping from the bleeding edge to the mainstream.

Online luxury retailer Gilt is among the first retailers to offer an Apple TV shopping app. The new Apple TV set top box is scheduled for release in late October, in time for the holiday shopping season.

A new consumer engagement channel with a new set of complexities and opportunities is emerging. Not every retailer may need to engage consumers via TV right away. But the ubiquity of TV in the lives of consumers suggests that the lure of buying products with the click of a remote will be strong.

Apple is going big with tablets, essentially delivering laptop-type functionality via the lightweight, portable tablet platform. The Microsoft Surface tablet has offered a keyboard option from the beginning, but has never really taken off with consumers. The built-in audience of iPad users all but guarantees the success of iPad Pro.

This means retailers will need to step up their mobile commerce offerings to match the capabilities of the iPad Pro, whether by responsive design or dedicated iPad Pro sites. Images need to be bigger and clearer, and m-commerce sites will need to offer more details and interactive features. As with Apple TV, the challenge is also an opportunity, as retailers can upgrade what is still often a primitive mobile customer experience for iPad Pro consumers.

Apple did not leave out users of its venerable iPhone. The new 6s series of iPhones will include a 3D Touch feature that lets users preview messages and emails with a light touch, and also open menus to enable quick performance of key app functions.

For retailers, this means consumers will have even less incentive to open promotional messages or emails, as they can briefly preview and discard them. Promotions will have to offer a highly condensed nugget of content enticing enough to prompt consumers to actually open them.

And retail apps will need to offer valuable functionality that consumers can easily access from a pull-down menu. Opening an app may not seem like that big a chore, but once consumers get used to the iPhone 6s shortcut, it will become as passé as waiting for your dial-up modem to connect.