The nation’s favorite grocery chain is…

The nation’s favorite grocery chain is…

For the third consecutive year, a regional supermarket operator has nabbed the top spot in an annual consumer study.

Wegmans Food Markets, based in Rochester, New York, is America’s favorite grocery retailer, according to a study of more than 12,800 shoppers conducted by Market Force Information. Publix Super Markets, which tied with Wegmans for the top spot last year, is a close second. Rounding out the top five are Trader Joe’s, Aldi and H-E-B. (A more complete list is at the end of the article.)

Wegmans, which operates 97 stores, held on to the top spot with a score of 77% on Market Force’s composite loyalty index. Publix, which has consistently ranked well in the annual study, had a score of 76%, followed by Trader Joe’s with 75%. Aldi moved up a slot from last year to land in fourth with a score of 70%, and H-E-B had a repeat score of 69%.

For the rankings, Market Force asked participants to rate their satisfaction with their most recent grocery shopping experience and their likelihood to refer that grocer to others. The results were averaged to rank each brand based on a composite loyalty index score.

The study found that convenient location (62%) is the main driver for shopping a particular store. But good sales and promotions (60%), and value for money paid (55%) are nearly as important to shoppers.

• When it comes to the six customer experience attributes that matter most to consumers, Publix and Wegmans tied for two key ones – store cleanliness and item availability. Wegmans once again ranked first for its specialty department service, while Publix was the clear leader for ease of finding items.

• Trader Joe’s was found to have the fastest checkouts and it scored remarkably high for its courteous cashiers, besting second-place Publix in that category by nearly 10 percentage points.

• Fifteen percent of shoppers said they have used click-and-collect, up from 9% in 2017. Thirty-four percent are frequent users, taking advantage of click-and-collect at least monthly. Walmart, Kroger, H-E-B and Harris Teeter were the grocers most used in the past 90 days for click-and-collect shopping.

• Printed circulars have lost little ground in recent years, with 84% of shoppers continuing to use them at least weekly, and 14% using them at least three times a week. Eighty percent of shoppers said they plan their shopping trips based on the deals offered in the circulars, while 60% clip coupons and 59% use them to compare prices between stores.

• Forty-four percent reported that they use a grocery app – up from 39% in 2017 – and they’re overwhelmingly using them to obtain coupons.

• Twenty-two percent said they used a delivery services for groceries, up from 18% in 2017

• Fifteen percent have tried a meal kit delivery service at least once (up from 11% in 2017), however, nearly half (49%) were less than satisfied with the experience.

Here are the top ranked supermarkets in the 2018 Market Force survey: 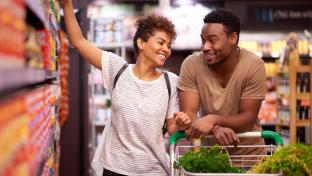 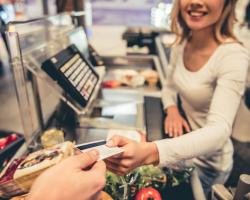 News
This supermarket is tops in customer experience across all industries... 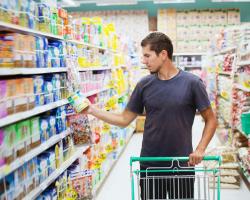 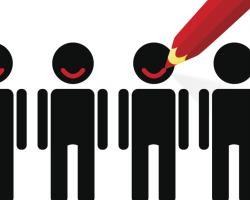 News
The retailers offering the best customer service are…