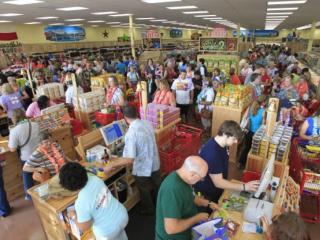 A study of 10,000 U.S. consumers revealed H-E-B, Publix and Trader Joe's are tops when it comes to making customers feel delighted.

Along with Chick-fil-A, the companies took the top four spots in the 2015 Temkin Emotion Ratings, which rates how customers feel about their interactions with 293 companies across 20 industries.

The next seven companies at the top of the ratings are insurance provider USAA, followed by retailers Aldi, Hy-Vee, PetSmart, Dairy Queen, Walgreens, and Amazon.com. No retailers were among the lowest-scoring companies.