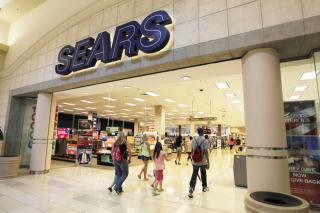 Sears Holdings will eventually need to sell more stuff to shoppers to remain viable as a retailer, but in the meantime the company has shown itself to be more adept at generating cash through complex real estate deals that unlock the value of an increasingly less productive store base.

The latest example of the company’s strategy to unlock the value of its extensive portfolio of real estate holdings involves a deal with Simon Property Group. Sears and Simon created a joint venture that involves Sears contributing to the joint venture 10 properties valued at $228 million that are located at Simon malls. In exchange, Sears received $114 million in cash from Simon and a 50% stake in the joint venture from which it plans to lease back the stores.

"We are pleased to reach this agreement with Simon Property Group, which is an important step in Sears Holdings' continued transformation to a membership company, without the significant asset intensity of its traditional retail business," said Edward S. Lampert, chairman and CEO of Sears Holdings. "This transaction, taken together with our other initiatives to create shareholder value through our vast real estate portfolio, enhances Sears Holdings' financial flexibility to invest in longer-term strategies such as our membership and integrated retail platforms. Sears Holdings will continue to operate these 10 stores and there will be minimal impact on their day-to-day operations or the overall shopping experience for our members."

Sears will lease the 12 stores from the joint venture. Of even greater financial significance to Sears than either the Simon or General growth deals is the company’s plan to create a real estate investment trust involving roughly 254 stores that could generate proceeds of more than $2.5 billion.

On April 1, Sears filed a registration statement that allows for a rights offering by the REIT called Seritage Growth Properties that would finance the purchase of the stores which Sears would then lease back and continue to occupy. The rights offering is expected to close by the end of the second quarter of this year