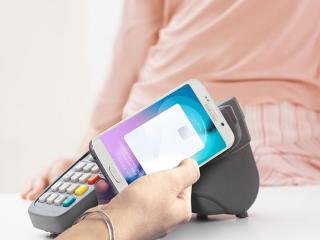 The Samsung Pay mobile payment solution had a good first four weeks in the U.S.

According to data released by Samsung Electronics, U.S. consumers who have paid with Samsung Pay so far have executed an average of eight transactions each.

Starting in 2016, Samsung Pay will work with Discover.

Samsung Pay is also enabling shoppers to use gift cards on their phones through a partnership with Blackhawk Network that includes dozens of retailers. By the end of this year, consumers will be able to load and use these gift cards.

“After one month, the numbers say it all: Consumers who have used Samsung Pay are using it repeatedly because it works almost anywhere you can swipe or tap a card,” said Thomas Ko, VP and global co-general manager of Samsung Pay. “We’re thrilled to introduce new partners that will build on our early success, and move us even closer to a world in which your mobile phone is a true mobile wallet.”

The early success of Samsung Pay is an indicator that U.S. consumers may finally be warming to mobile payment apps. However, in a market that now includes at least two major banks and proprietary retailer apps, as well as major players like Apple Pay and Android Pay and the retailer-backed MCX CurrentC solution, Samsung Pay faces a lot of competitors as it tries to increase its market share.