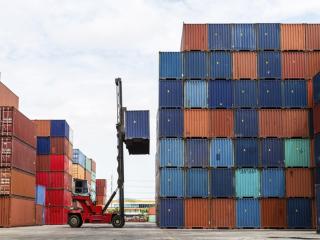 The National Retail Federation is backing legislation that could strike an appropriate balance in trade policy, and ward off a trade war.

The NRF called on lawmakers to pass bipartisan legislation introduced on Wednesday that would require congressional approval of “Section 232” tariffs. This includes the steel and aluminum tariffs recently imposed by the Trump administration, and any additional tariffs in the future.

The legislation was introduced by Senate Foreign Relations Committee Chairman Bob Corker (R-Tenn.), and a bipartisan group of senators. The proposed tariffs have triggered widespread retaliation against United States exports. The administration is also considering tariffs on automobiles and auto parts.

“The Constitution is clear: Congress has the authority to regulate commerce and oversee trade,” NRF senior VP for government relations David French said. “It’s time for Congress to exert its authority and play a leading role in mitigating escalating trade tensions with our strongest allies.”

“There needs to be a more appropriate balance on trade policy between Congress and the executive branch, and we applaud Senators Corker and Toomey for working to achieve that,” he added. “With the threat of a global trade war, Congress must step in before the U.S. economy suffers, American jobs are lost and families are forced to pay more for everyday products.”
Advertisement