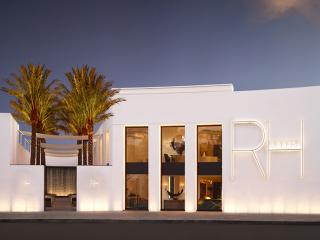 Pier 70, the extensive waterfront redevelopment project in San Francisco, has announced its first official tenant and it’s a big one.

Restoration Hardware will open a five-story, 60,000-sq.ft. gallery-store in the historic Bethlehem Steel building. The high-end home furnishings retailer, slated to open in 2017, will be a subtenant of Orton Development, which master-leased eight buildings along 20th Street that will comprise the core of Pier 70.

Restoration Hardware chairman and CEO Gary Friedman will collaborate with design architect James Gillam of Backen, Gillam & Kroeger on the project. The entire structure will be restored to its original glory in honor of the building’s unique history, cultural significance and singular place in San Francisco’s urban landscape. (Friedman and Gillam have restored other landmark buildings in iconic locales across the country, including the former historic Museum of Natural History in Boston’s Back Bay, the historic Three Arts Club in Chicago’s Gold Coast, and the historic post office in Greenwich, Connecticut.)

“With great admiration and respect for its architectural heritage, we could not be more honored to reestablish this historic landmark’s relevance,” said Friedman. “This is a rare opportunity to help render the whole neighborhood more valuable, reenergizing our surroundings and creating a lasting gift to our hometown.”

The new Restoration Hardware is slated to open in 2017.

Now in the construction and leasing phase, Pier 70 is expected to be open to the public in 2017. Once completed, the project will reintegrate seven acres of once-derelict buildings into the Dogpatch neighborhood, invite the general public into the historic core of the former shipyard for the first time since its founding in the late 1800s.