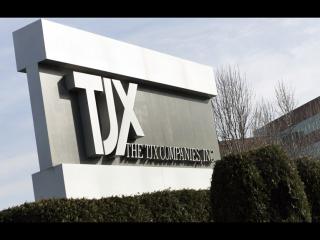 The TJX Companies had a rare sales miss in its first quarter, and gave second quarter guidance below expectations.

The retailer noted that its results were impacted by unfavorable weather in parts of the U.S. and Canada compared to last year.

“We were pleased to see sales trends pick up as the quarter progressed,” said president and CEO Ernie Herrman. “With our disciplined inventory management, our merchandise margin was up, which speaks to the resiliency and flexibility of our off-price retail model. Further, we are confident that we are gaining market share at each of our four major divisions."

Herrman said TJX’s second quarter is off to a solid start, and the company has excellent liquidity in its inventories. “This positions us extremely well to capitalize on the plentiful buying opportunities we see for exciting fashions and brands in the marketplace and bring them to consumers at amazing values,” he said.

During the first quarter, the retailer increased its store count by 50 stores to a total of 3,862 stores in nine countries, including the United States, Canada, the United Kingdom, Ireland, Germany, Poland, Austria, the Netherlands, and Australia. These include 1,191 T.J. Maxx, 1,039 Marshalls, 596 HomeGoods and 12 Sierra Trading Post stores in the United States; 258 Winners, 109 HomeSense, and 61 Marshalls stores in Canada; 515 T.K. Maxx and 46 HomeSense stores in Europe; and 35 T.K. Maxx stores in Australia.