Physical, digital … it’s all retail to me

Physical, digital … it’s all retail to me

As department stores continue to falter and Amazon continues to grow and the “Malls are Dead” headlines continue to proliferate in the general press, one glaring fact rears its head: We built way, way, way too many malls to begin with. Average retail square footage per person in America, by several accounts, is four times that of other industrialized nations like the United Kingdom and Japan.

So the solution is clear, right? Downsize! (Or “rightsize” in corporate parlance.) Shut down the department stores and replace them with gyms and discount emporia. Shrink national brand footprints and fill the holes with restaurants.

A recent report from CBRE showed that three-quarters of gross leasable area in American malls are inhabited with stores representing the slowest-growing retail categories. Department stores sales are declining by around 4%, yet they take up 49% of mall space.

Apparel stores that are 30% of mall GLA are growing at 12%. But restaurants and furniture, personal care, and health care stores are growing a lot more, by about 20 to 30%.

It’s clear the tenant mix must change at malls and shopping centers, and — equipped with technology that breaks down local traffic, demographic makeup, and personal shopping behavior — developers are unlikely to repeat the mall explosion of the ’70s and ’80s. It’s just too expensive to do otherwise.

As retail real estate veteran Ralph Conti notes in our story on page 58 about mixed-use developments, some locales, no matter how many malls and open-air centers they’ve hosted in the past, just aren’t right for these live-work-play solutions. Densely populated areas with high barriers to entry are the fertile soil of successful mixed-use centers, and if you don’t have that, it’s a non-starter. “It’s not about what some politician wants,” Conti said.

Sane thought, one hopes, will also come to the retailers and retail pundits who position brick-and-mortar stores and e-coms against each other like combatants in a boxing ring. In very many cases, these imagined foes are fighting out of the same corner.

Another recent study from CBRE tells us that more than 50% of e-commerce sales made last year were executed by traditional brick-and-mortar brands, such as Walmart and Neiman Marcus. Some are so adept at moving merch online that digital sales are becoming the most important parts of their businesses. Half of Williams-Sonoma’s sales are transacted on the web, according to eMarketer, and Restoration Hardware is rapidly approaching that number.

The fact is becoming clearer and clearer that retail is not stores and it’s not websites, it’s a customer experience that weaves both of those things together in such a way that best complements the core competencies of individual retailers. Still, we tend to segregate in-store and online as two different entities.

That segregation is not perpetrated by media wags and researchers alone. National retail brands continue to operate their online and physical retail businesses in separate silos, and those separate units in turn find themselves engaged in an in-house competition for resources and prestige. It’s not going too far out on a limb to imagine that the ultimate unification of retail — the melding of the physical and the digital — will be played out in the new, consumer-responsive centers being built by developers who have no choice but to listen to the marketplace and try something new. 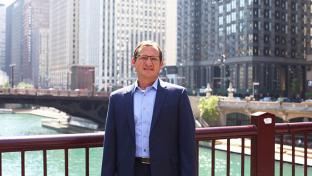 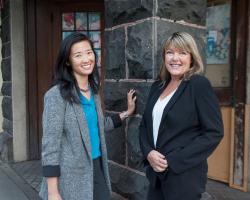 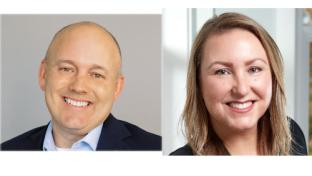 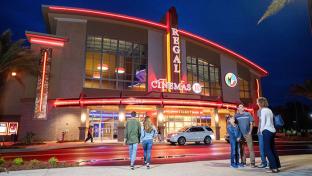