NRF positive about 2017 sales, but potential legislation could pose a threat

NRF positive about 2017 sales, but potential legislation could pose a threat

The National Retail Federation’s economic forecast for 2017 is a mostly positive one.

The association is projecting that retail industry sales, which exclude automobiles, gasoline stations and restaurants, will grow between 3.7% and 4.2% over 2016, roughly in line with last year’s 3.8% increase.

Online and other non-store/online sales, which are included in the overall number, are expected to increase between 8% and 12%.

However, NRF noted that its forecast does not take into account new fiscal measures pending in Washington.

“Our forecast represents a baseline for the year, but potential fiscal policy changes could impact consumers and the economy,” Kleinhenz said. “It seems unlikely that businesses will notably increase investment until tax reform and trade policies are well-defined.”

The NRF has raised its objections to the idea of a border adjustment tax, a GOP proposal would impose a 20% tax on goods that retailers import and sell in the United States. According to an analysis by Ernst and Young that was commissioned by the NRF, the tax proposal could cost the average American family $1,700 in the first year alone.

“Lawmakers should take note and stand firm against any policies, rules or regulations that would increase the cost of everyday goods for American consumers,” said NRF president and CEO Matthew Shay.

The NRF emphasized the key role that traditional retailers still play in the retail market.

“It is clear that online sales will continue to expand in 2017 and provide growth for the retail industry,” Kleinhenz said. “But it is important to realize that virtually every major retailer sells online and many of those sales will be made by discount stores, department stores and other traditional retailers.

Additional insights from the NRF report include:

• The economy is expected to gain an average of approximately 160,000 jobs a month. The number is down slightly from 2016 but consistent with labor market growth.

• Unemployment is expected to drop to 4.6% by the end of the year. 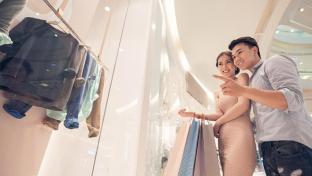 News
Retail sales rebound in July to a yearly high 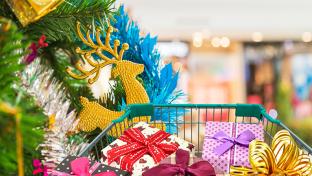 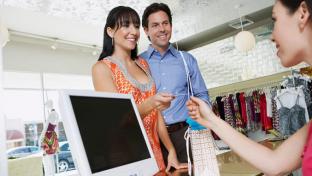