iBeacons to Shoppers: Have I Got a Sale for You

iBeacons to Shoppers: Have I Got a Sale for You

“I have a shirt I know you’re going to love.” Those who may be skeptical when hearing this from a retail salesperson may soon find their phones to be more reliable shopping guides. New technology makes it possible to remotely tap into your own shopping preferences, and it may be coming soon to a retailer near you. As Big Brother-like as this may sound, our research shows that shoppers may be more open to this concept than you might think.

It’s the equivalent of walking into your favorite tavern and the barkeep inquiring whether you want “the usual.” The technology capable of doing the same within a store for types of merchandise you’ve bought in the past is not far off. Tend to buy a particular brand of pants in a select few colors? You could get an alert on your phone when you walk by a new style of shirt from your favored brand, in your size, and in one of the colors you like.

This is the logical next step in retailers’ quest to understand buyer behavior and influence their purchases. It’s a quest that has taken many forms, from cameras to follow customers’ most common route through the store or whether or not they change course in response to particular types of displays; to tracking which are the most and least returned items (and who the perennial returners are); and sensors to monitor store traffic in response to various types of promotions. Newer, more sophisticated offerings like ShopperTrak and Nomi can even track customers’ mobile devices to monitor individual movements — although not their identities — rather than crowd behavior.

You’re in the Right Place

The catalyst for the next step may turn out to be iBeacons, a feature quietly added to Apple’s latest operating system, iOS 7. In its raw form, iBeacon technology was meant to help a device track its position relative to stationery beacons, which can be more precise than monitoring movements from a satellite that is more than 12,000 miles up and itself moving. Each beacon is coded with a unique ID so that a sensor on a phone can tell them apart.

Couple this with retailers’ customer loyalty cards, which are increasingly moving from physical objects in wallets to electronic files on phones, and suddenly the beacons can tap a lot of information about buying patterns within a particular store. As a shopper walks by the men’s department, for example, its beacon could be programmed to see if he or she has made purchases there and what they’ve bought, and then send a notification of new styles or sale items in line with the customer’s historical profile. The system can even interact with existing technology to direct them to a combination mirror/computer monitor that can superimpose an outfit being promoted onto their image (along with the brand names, styles, and shelf locations) to show how it would look on them. Existing near-field communication (NFC) systems in stores are primarily useful only for mobile payment systems. The iBeacons’ technology can do that, too, but so much more.

This increased communication could be invaluable to retailers, from the point of view of tracking shoppers’ behavior, influencing them to buy more, and/or steering them toward higher-margin items. But how will it play with customers? Would security concerns about granting access to their phones outweigh the convenience of tailored offers in shoppers’ minds? Actually, no. Stax recently conducted an online survey of approximately 1,000 smartphone owners and found surprising receptivity. Sixty-eight percent are already actively allowing apps and functions on their smart phones to track their location. Eighty-two percent said they would be at least somewhat interested in receiving offers on their phones while shopping, with 25% expressing “extreme interest.” In addition, roughly half of the respondents said they would be willing to grant retailers access to data on their phone to accomplish this, while another 27% who answered “don’t know” represent potential converts.

Although this degree of interactivity is not up and running today full scale, it conceivably could be within the next year. It’s something that retailers (and those who sell to them) should be thinking about. Stores can start by segmenting their customers to identify which groups are likely and which are unlikely to use the technology. You can confirm these initial assessments through more targeted and quantifiable consumer research. You want to understand whether the segments that would be interested are sizable enough to warrant moving forward. Then, as early prototypes of the technology become available, chains can do preliminary “test and learn” field trials in a small number of representative outlets (as Macy’s is starting to do in two locations), monitoring such metrics as year-over-year changes in store traffic or average customer ticket size to see if the program is building sales or driving them away. And whether it’s a small-scale test or, ultimately, a broader rollout, it would be prudent to try it during lower-sales times of the year — not in peak holiday shopping seasons.

Other companies in areas such as technology and marketing services that deal with retailers should also take note. If they incorporate it effectively, this technology would allow those whose business it is monitor customer behavior to get closer to the customer than ever before. If they don’t, they risk being quickly left behind.

Although our research indicates that broad acceptance of this technology looks promising, individual retailers and suppliers have an opportunity to use the lead time before broad deployment to get a strong sense of whether and how best to use it with their own customers, and to quantify the potential “lift” it’s likely to generate.

Brett Conradt is a director in the Chicago office of Stax Inc., a global strategy consulting firm, where he leads relationships for private equity and corporate clients. He has expertise in consumer and retail markets and financial services (particularly in payments). He can be reached at [email protected]. 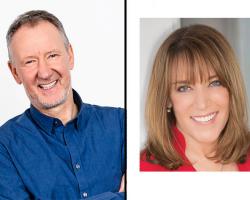 Insights
Now and Next Retail: Experimenting to win 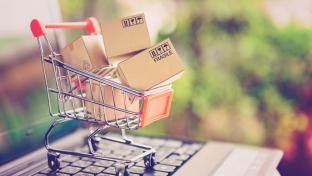 How To Determine If Europe’s GDPR Law Applies to a U.S.-based Retail Business