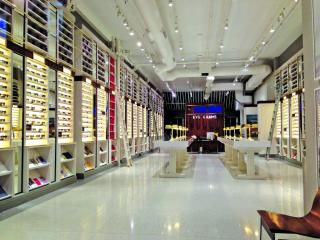 Go offline, young man: That appears to be the mantra of e-commerce merchants these days.

As competition in the world of online retailing heats up — with Amazon's ever-burgeoning dominance posing the biggest threat — more pure-players are taking the brick-and-mortar plunge. It's a reminder, many experts say, of the strong appeal of the in-store experience — even when stacked up against the convenience of online shopping.

"E-commerce retailers have learned what brick-and-mortar stores have relied on for years," said Faith Hope Consolo, chairman of the retail leasing and sales division of real estate firm Douglas Elliman. "The fact is that shopping is a social activity, and people like to see, feel, try on the merchandise. Now they're seeing if their business model can adapt to the rigors of physical stores."

As to the lure of brick-and-mortar, Christian Davies, executive creative director, Americas, Fitch, Columbus, Ohio, believes the physical store offers opportunities to connect with the consumer in ways that even the best website can't match.

"It may be that online retailers want to showcase the products in a more experiential way," Davies said. "Or they may want the opportunity to differentiate themselves from their digital competition in ways beyond what they can share on-screen. I think one of the most significant opportunities is to put a human face on the brand, to have shoppers interacting with the brand in ways that are more personal and emotionally resonant."

As the online retail playing field gets more crowded and Amazon continues to undercut the prices of its e-commerce brethren, pure-play sellers ranging from Gap Inc. fashion spin-off Piperlime to niche sites like menswear merchant Bonobos are seeking new avenues of growth in the brick-and-mortar space — which still accounts for about 94% of all retail sales, according to data from eMarketer, a research and trend analysis firm on digital marketing and media.

"It's tough to play Amazon's game and win in terms of online sales," said Clark Fredricksen, VP and researcher, eMarketer.

And it's getting tougher as Amazon continues to up the competitive ante. In select markets, the online behemoth is now testing lockers in such chains as Staples and 7-Eleven, whereby shoppers order items online and pick them up at lockers in these local outlets. (Meanwhile, rumors continue to circulate that Amazon plans to open a physical store in Seattle. The same goes for Google.)

"Amazon's relentless dedication to low pricing and, in some cases rapid shipping, is making it harder for retailers of all stripes to compete," Fredricksen explained.

Beyond seeking new growth opportunities, e-commerce retailers are also opening physical stores "in order to build a more complete picture of consumer behavior," according to Fredricksen. They're in search of data "that they can't get from the online world," he said.

These are not, for the most part however, your mother's retail stores. Many pure-play merchants are adding new twists to in-store shopping, while bringing best practices of the online world in the offline space. They are redefining the shopping experience for a new age, and providing a glimpse of a future that is not likely to be so black and white, a future where nearly all of retail will be a meld of online and offline components.

Here's a look at several innovative e-tailers that are going offline, either with existing or new concepts.

When Ocean and Tracy Zhang, owners of online costume shops Costume Alibi and Costumelicious, conceived the strategy for Baby Town, they saw no choice but to spread their wings offline as well as on.

"It was getting harder and harder to compete side by side with Amazon," Ocean Zhang said.

Year by year, the giant retailer has been eating into its market share in the costume business.

Amazon currently carries about 7% of the merchandise sold by Costume Alibi, but at prices 25% lower. Zhang predicts that next year Amazon will carry as much as 15% of the same goods, "as they steadily increase their product selection," he said. "And it would be impossible to match their price."

But it's not only Amazon that's nudged the Zhangs to open a freestanding retail store.

"So many of the barriers to entry are really low for an online business, so just about anybody can do it," Zhang said. And the proliferation of players online "tends to drive the prices lower."

To that end, the Zhangs sought to fill a void in the retail market for an expansive, one-stop-shopping destination for upscale baby products that offers the customer service of an independent retail store.

Therein lies the concept behind Baby Town, which will open this summer in a 28,000-sq.-ft. space in Gilbert, Ariz., filling a former Linens 'n Things space.

Baby Town, which will serve the needs of infants to 3-year-olds, will feature a merchandise mix akin to the high end of Babies 'R' Us's assortment, with upscale items such as Orbit strollers and Petunia diaper bags, as well as all the baby gear "that's difficult to buy on the Internet," said Judi Butterworth, the store's real estate broker.

Baby Town will target households with a median annual income of $80,000, and Zhang is banking on the store to generate $150 in sales per square foot.

In one bid to enhance customer service, Baby Town will be staffed with sales associates who are also parents, "as we think parents can identify with other parents more," Butterworth said.

Baby Town merchandise will also sell online. The company plans to offer free overnight shipping on everything but furniture within Arizona.

Other differentiating perks: Baby Town will offer a 365-day return policy (compared with competitors' 90-day offers), and shoppers will be greeted with a free beverage upon entering the store.

"We knew we had to be different," Zhang said. "The barriers to entry to brick-and-mortar are more challenging than e-commerce."

Bonobos.com was founded in 2007 to solve two problems, according to Kaitlyn Reilly Axelrod, senior public relations manager: "Provide men with better fitting clothes and to make shopping an easy and hassle-free experience."

But the hip menswear e-tailer, best known for selling well-fitting trousers that save men from the dreaded slouchy-behind syndrome, realized that it would never fully win over those guys who wanted to try on what they might end up buying.

"As we began designing new categories, including blazers, suits, dress and casual shirts, more customers wanted to first try Bonobos on in person," Axelrod said. "Indeed, while we're an online company, from the early days, we often had customers asking if they could come by our office to try on product."

The first Guideshop opened in 2012 in Bonobos' headquarters in Manhattan. Four other stores followed, in Boston, San Francisco, Chicago and Georgetown, with plans to open more in the coming months, according to Axelrod. (In 2012, Bonobos also entered into a deal to sell select apparel items in Nordstrom.)

Guideshop "guides" work one-on-one with customers during appointments, which take fewer than 45 minutes, depending on a shopper's needs.

"We aim to have one guide per customer in the Guideshops, which means the experience is intimate with usually just two or three customers at a time," A