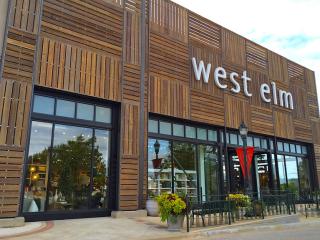 Williams-Sonoma's West Elm division has tapped a company veteran as its new president.

Alex Bellos, head of Williams-Sonoma's Rejuvenation and Mark and Graham brands, is succeeding Jim Brett as president of the West Elm brand. On Tuesday, Brett announced he was resigning from the company to take a position as CEO of J.Crew.

This marks a return to West Elm for Bellos, who first joined the division in 2008, and served as VP, strategy and development from 2010 to 2013. During the past three years, Bellos has been an instrumental leader in expanding Rejuvenation from a small lighting and house parts retailer into a lifestyle brand for the home.

“Alex’s deep knowledge of the West Elm brand, combined with his success driving double-digit growth across our newer businesses, make him the right person to continue to advance West Elm’s initiatives and to lead the brand’s tenured team," said Laura Alber, president and CEO, Williams-Sonoma. "He is a dynamic leader with deep expertise in brand development, finance and operations, with a strong track record of developing winning strategies, leading change, and driving detailed execution.”

Alber also stated “On behalf of the board and senior management team, I want to thank Jim (Brett) for his many contributions to the company. Under his leadership, a talented West Elm team achieved significant growth, and Jim was a strong advocate for the focus on expanding the brand’s range and collaborations with local craft workers and artisan communities around the world.”
Advertisement