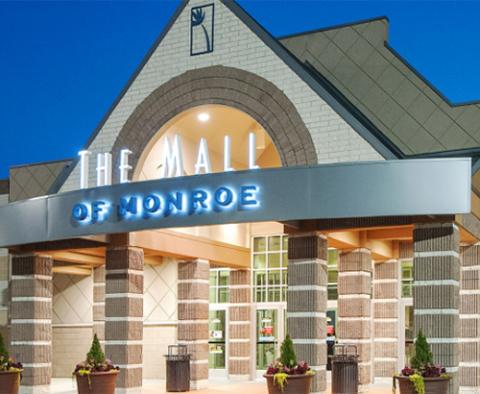 Monroe Mall is reinvigorating itself with self-storage and commercial businesses in anchor spots.

What once was Michigan’s Mall of Monroe, between Detroit and Toledo, was devoid of traffic for years after the departure of anchors like Target and J.C. Penney’s. Now it has found new life as a variegated business center.

Anchor spaces at the Cafaro-owned property that began life as Frenchtown Square Mall in 1988 have been re-inhabited by businesses such as Cubesmart, a self-storage center taking up 78,000 sq. ft. of space once belonging to Sears. Other new tenants include an outdoor equipment company called Ragnarok Supply, and Leviathan, a maker of props for film, television, and stage productions.

Some longtime tenants like Phoenix Theatres, Planet Fitness, and Bath & Body Works remain in the center, though its larger spaces have been taken up by specialty retailers and commercial businesses.

“With the struggles of traditional department stores and the rise of discounters and online shopping, surviving traditional department stores are concentrating on populous major metropolitan areas,” Cafaro communications director Joe Bell told The Monroe News. “We are identifying successful local businesses who wish to place their operations in a larger, professionally managed environment not readily available in the Monroe market.

Holding back the mall’s re-emergence as a mixed-variety business center was the empty 97,000-sq.-ft. space formerly occupied by Target. Target recently sold the property to Quality Auto Parts.

According to The Monroe News, Cafaro management sees the re-emergence of the Monroe property as a validation of its belief that valuable mall real estate can be re-curated with non-traditional retail tenants taking up its larger spaces.