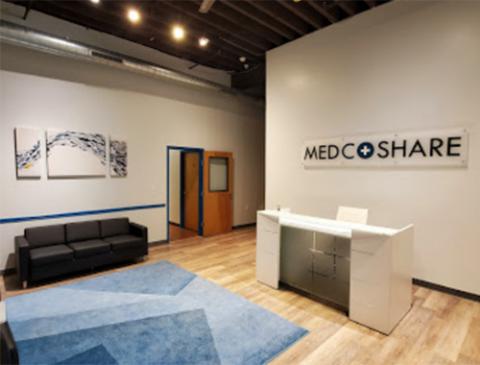 MedCoShare is on a mission to supply part-time office space to providers ranging from dietitians to dermatologists.

Two real estate developers, one a trained physician, have had success with a co-working medical office concept called MedCoShare in Philadelphia and now intend to take the idea to urban streets and retail centers nationwide.

MedCoShare’s first location in a building in Philly’s Fishtown neighborhood is bustling with professionals who range from chiropractors to acupuncturists to cardiologists, all of whom wanted part-time workspaces in a prime location. Spaces can be rented for as short a time as half a day a week.

“When Ronak came to me with this idea he explained that, if you are a healthcare provider and want a space to practice, and you’re an independent, it’s really hard to find space that is flexible,” said Greg Goldmacher, the doc-turned-pharma executive, referring to his MedCoShare partner Ronak Vyas. “If you’re a provider who wants to practice part-time, or a doctor who wants to test a certain area and not commit to a five-year lease, it’s difficult.”

MedCoShare’s first expansion will be a 5,400-sq.-ft. space in a Class A building in the southern New Jersey town of Marlton. As they expand, Vyas and Goldmacher will have their eyes out for space in high-traffic areas and centers.

“Our space in Fishtown has a street entrance. It’s not tucked away inside a building. And we recently toured a space on the Main Line with retail on the ground floor.” Vyas said. “We like being next to that retail component.”

Both partners believe that they are creating a new kind of medical space that will prove beneficial to providers and patient alike.

“It’s almost impossible for a provider to practice cost-effectively on a part-time basis,” Vyas said. “Our solution removes all of the risk and cost for them so they can focus on building their practices.”