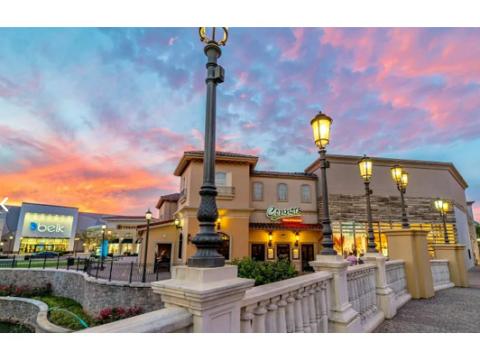 Bayer Properties is known for high-experience lifestyle and town centers such as this one, Bridge Street Town Centre in Huntsville, Ala.

When many of his malls shut down at the start of the pandemic, CEO Steve Levin directed his team at Centennial to focus on creating new customer experiences. Now he has acquired a developer known for doing just that.

“Bayer has been an owner, operator, and developer of open-air retail space for almost three decades. Its merchandising, placemaking, design, and attention-to-detail are exceptional,” she said. “Its staff of seasoned professionals will be an incredible addition to Centennial’s experienced team and platform.”

Bayer president, Jami Wadkins, who will assume the COO spot at Centennial, agreed.

“Our two companies share a similar vision for the future of retail real estate that will allow the combined firm to provide a wealth of solutions to complicated retail projects,” Wadkins said.

The merged companies will employ a combined staff of 300-plus employees managing 23 million sq. ft. of property across 18 states. It will retain the Centennial name and be based at the company’s Dallas headquarters. Bayer’s Birmingham office will become a regional office of Centennial, which will also maintain offices in Philadelphia, Chicago, Orange County, and Lexington.

“With the addition of Bayer’s experienced and well-established platform, Centennial will select the best processes and procedures from each organization to deliver a flawless execution at each of our combined properties,” said Steve Levin.

Centennial has been pursuing an expansion program this year in an effort to establish itself as a premier operator of large retail properties attuned to new demographics.  Since January, the company has acquired The Shops at Willow Bend in Texas and Westland Mall in Florida.  It was also awarded management contracts in 2022 for The Promenade Shops at Saucon Valley in Pennsylvania and The Shops at Montebello in California.