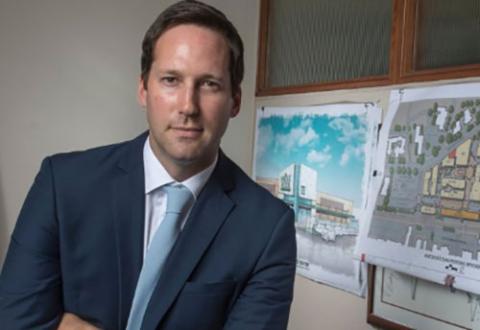 Kimco and Weingarten, both important operators of grocery-anchored shopping centers in the United States, have merged to become No. 1 in that business with a combined portfolio of 559 properties.

Kimco Realty Corp. has agreed to acquire Weingarten Realty Investors for $3.87 billion in cash and stocks. Kimco had been, along with Regency Centers and Phillips Edison & Company, one of the leading players in this sector of retail real estate, all operating 300 to 400 centers. With the sealing of the deal, Kimco enhances its presence in the Southeast and  becomes the pre-eminent player in necessity-based retail space.

“This gives us even greater density in the Sun Belt markets we are targeting as well as visibility into the trends shaping necessity-based retail,” said Kimco CEO Conor Flynn.

Kimco will effectively take control of the combined company. Its name will survive as the public company and its senior management will remain in place. Milton Cooper will continue as chairman of the board, Ross Cooper as president, David Jamieson as CFO, and Glenn G. Cohen as CFO.

Many of Weingarten’s centers are located in the Southeast and Kimco will significantly increase its presence in Houston, Miami, Phoenix, Atlanta, and Orlando. The Sun Belt and high-barrier-to-entry top coastal markets will represent more than 82% of the combined company’s total annualized base rent.

“This combination reflects our conviction in the grocery-anchored shopping center category, which has performed well throughout the pandemic and provides last-mile locations that are more valuable than ever due to their hybrid role as both shopping destinations and omnichannel fulfillment epicenters,” Flynn said.

The deal is expected to close in the second half of 2021.