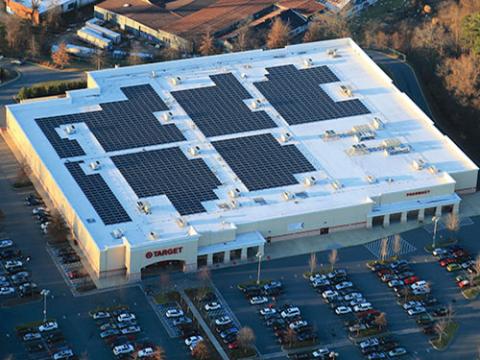 Retail roofs are among the world's biggest collectors of solar energy.

Two prominent developers of outdoor shopping centers have made Barron’s annual list of the 10 Most Sustainable real estate investment trusts.

Kimco Realty Corp. and Brixmor Property Group — each of which own and operate 400-plus centers in the United States — were ranked at No. 5 and No. 10, respectively, in the accounting performed by Calvert Research & Management. The data company considered more than 230 key performance indicators to award scores from 0 to 100.

Calvert’s Chris Madden said that REITs are a key category for sustainable investors because REITs have substantial control over environmental issues. Kimco’s wholly-owned Center Sun LLC subsidiary, for instance, drives the company’s extensive solar power business, which started collecting rays on the roofs of its centers in 2008.

“Rooftop solar has the potential to benefit local communities, our tenants, and serve as a potential source of income for property owners,” said Kimco’s VP of business operations Will Teichman.