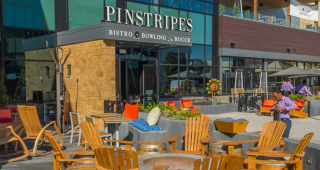 Diners are heading back to restaurants, with one area of the country picking up faster than others.

The numbers of on-premise diners at restaurants in Austin and Miami are 25% higher than they were in 2019, while table patrons in San Francisco and New York  still lag by more than 40%.  The Sunbelt restaurant industry’s remarkable COVID-19 comeback is detailed in JLL’s just-released “Food & Beverage 2022” report, which also revealed that food delivery app revenue will hit $30 billion this year--nearly double what it was in 2018.

Here is a look at on-premise dining trends in three areas:

JLL noted that even  fully re-established restaurants have had to make changes to overcome the historically low levels of labor availability. An estimated 650,000 fewer workers are now employed in foodservice than were on the rolls in January 2020. As of December, according to the JLL report, some 70% of restaurant operators said they didn’t have enough staff to handle demand at their places.

“In the Bay Area, for example, where labor was an issue long before 2020, many restaurants explored a hybrid format--a mix of casual and fast casual,” said JLL’s director of retail research James Cook. “Diners might order at a counter, but then receive a certain level of table service once they were seated.  Table ordering via smartphone became popular during the pandemic and will likely stick around.”

Robot waiters and chefs are answering the labor shortage in some locations. At Mr. Q Crab House in Hollywood, Fla., three robo-servers greet patrons with digital eye-winks and lead them to their tables. In the QSR realm, White Castle and CaliBurger have welcomed to their grills Flippy, a robot that makes fries and can flip more than 10,000 burgers a month.

Retail center operators that have lost anchors stores and depend on hot concepts for evening traffic must be aggressive to land top food and beverage tenants.

“There are two types of restaurants—the ones that benefit from the existing foot traffic in a center and the hot ones that act as their own traffic-drivers,” Cook said. “In order to attract that hot restaurant, a property owner must offer generous terms and tenant improvements.”