Indie film cinema opens at The Pizitz in Birmingham

Indie film cinema opens at The Pizitz in Birmingham

Bayer Properties has added a distinctive entertainment option to its redevelopment of the historic Pizitz Building in downtown Birmingham.

The Sidewalk Film Center and Cinema, which opened in September, is the city’s first cinema specializing in independent films. The 11,400-sq.-ft. venue features two 95-seat screening rooms, a lounge area with a full-service bar and concession menu, and spaces to host Sidewalk’s educational and outreach programs.

Sidewalk joins The Pizitz Food Hall, Eli’s Jerusalem Grill, The Louis Bar, and other shops and restaurants at the property, an old department store that Bayer converted to co-working space and 143 multi-family residences.

Since its reopening in 2017, The Pizitz has received a 2018 ICSC Design & Development Gold Award, the 2019 ULI Alabama Development of Excellence Award; and the 2019 Finest Realization of Historic Building Potential by Real Estate Forum and GlobeSt.

“Birmingham is quickly becoming one of the top must-visit cities in the U.S. due to its growing collection of eclectic offerings, and we are proud to contribute to the momentum through the opening of the Sidewalk Film Center and Cinema at The Pizitz,” said Libby Lassiter, president of Bayer Properties. 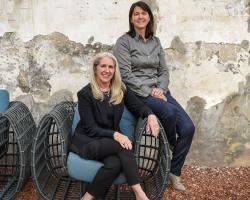 REAL ESTATE
Lassiter and Wadkins take over at Bayer Properties 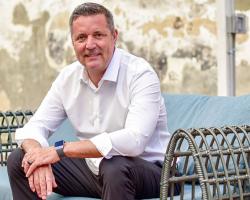 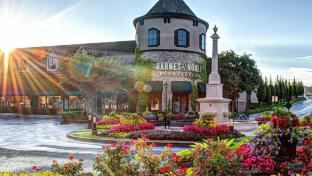