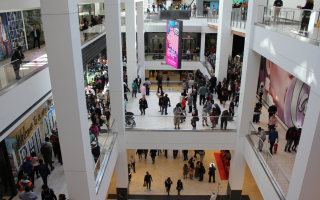 Cornonavirus-cornered Americans expect to be busting out in June, or at least  soon after.

The International Council of Shopping Centers (ICSC) polled 1,004 Americans this week about their expectations of the pandemic’s demise and found them eager to be back at their usual haunts before summer.

Seventy-seven percent of those surveyed said they would feel comfortable going to stores to buy non-essential items within or sooner following the lifting of the National Emergency. More than seven out of 10 also said they would feel the same about visiting open-air shopping centers and dining at restaurants within that time frame, as well.

Six out of 10 people, or 60%, said they’d return to malls by June, and more than half imagined themselves getting their nails or hair done, working out at gyms, or receiving massages.

Nearly half (49%) said they would be spending their CARES Act distributions on groceries and other household essentials, while just over a third said they’d devote them to housing costs such as mortgage payments.

Another third said they would add the government relief to their savings funds, while 28% would use it to pay off credit cards and debts.