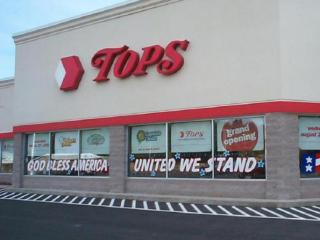 Tops Markets is the latest retailer to cut its debt through the Chapter 11 bankruptcy process.

The Western New York supermarket chain announced it has completed its financial restructuring and emerged from Chapter 11 with a substantially stronger balance sheet, with its debt reduced by $445 million and with over $100 million in liquidity. Tops plans to uses its new financial flexibility to invest in its stores and improve the shopping experience. The grocer also said it has resolved the pension and labor issues it faced when it filed for bankruptcy in late February. In May, Tops received court permission to close underperforming stores. It shuttered 10 locations.

“We are moving forward as a stronger company with an even greater ability to provide convenience, savings and friendly service to customers across our communities," said Frank Curci, CEO, Tops Markets, Williamsville, N.Y., which operates 159 supermarkets with five additional by franchisees under the Tops Markets banner. “We are investing in our stores and rolling out new services that make shopping with us even easier.”

Among the new services are an option that allows customers to order groceries online and select their preferred pickup time, which builds upon the “Grocery Delivery” option that Tops rolled out late last year.