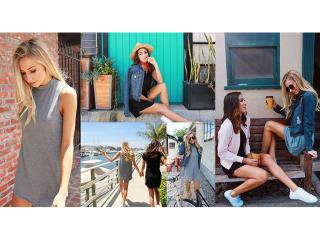 Styles For Less is the latest retailer to file for Chapter 11.

Burdened by declining sales, the teen fashion retailer filed in the U.S. Bankruptcy Court, Central District of California on Monday. The company plans to reorganize its debt during the bankruptcy, and is seeking a loan to fund itself through the process, according to Reuters.

The retailer based in Anaheim, California, listed assets and liabilities between $10 million and $50 million. Wholesale suppliers such as Vivace and Ambiance, were listed among its biggest creditors, the report said.

The retailer, which sells women's clothes and accessories, operates 93 stores and an e-commerce site, according to the company’s website.

Styles For Less is the latest retailer to file for Chapter 11 — a group that has already exceeded 2016’s total of nine bankruptcies. Consulting firm AlixPartners said in the report.