In a decision cheered by traditional retailers and many states, the U.S. Supreme Court agreed to revisit a 1992 decision in which it ruled that states could only require remote sellers to collect sales taxes if they had a physical presence in the state.

The Court said it would hear an appeal from South Dakota (South Dakota vs. Wayfair) that the current “physical presence” rule is outdated and unfair in a time when Americans do much of their shopping online. In 2016, South Dakota passed a law requiring out-of-state sellers to collect and turn over sales tax to the state. The state's highest court struck down the law, citing previous Supreme Court decisions.

"No one could have foreseen in 1992 the ways that Internet retail would remake the American economy in 2017," South Dakota argued in court papers.

Online retailers Wayfair Inc., Overstock.com Inc. and Newegg Inc. are opposing South Dakota in the case. They argue that the largest online retailers, including Amazon, already collect sales tax in every state that has a sales tax.

The National Retail Federation said it welcomed the decision by the Court, but also urged Congress to address the issue through federal legislation. The association believes that even if the court rules in favor of a more updated sales tax policy, federal legislation is necessary to resolve details on how collection would take place rather than leaving it to each of the states to interpret the court’s ruling.

“The fact that the Supreme Court has decided to reconsider its outdated ruling is encouraging, and we are hopeful it will lead to a positive outcome that reflects the realities of 21st century commerce,” NRF president and CEO Matthew Shay stated. “Congress should not sit on the sidelines as the Supreme Court considers this case. It’s time to pass legislation to settle this critical issue once and for all. Even if the court rules in favor of a modern sales tax policy, legislation will still be needed to spell out how that would work.”

In November, NRF filed a friend-of-the court brief urging the Supreme Court to take up an appeal brought by the state of South Dakota, saying the 1992 Quill Corp. v. North Dakota decision is outdated. In Quill, the court said sales tax laws across the country were too complicated for retailers to know how much tax to collect unless they were physically present in the customer’s state. NRF argued in the brief that computer software has made that concern obsolete today.

“Antiquated sales tax collection rules have resulted in an uneven playing field that’s making it harder for Main Street retailers to compete in today’s digital economy,” said Shay. “This is a basic question about fairness, which all of our members deserve whether they’re selling in stores or online.” 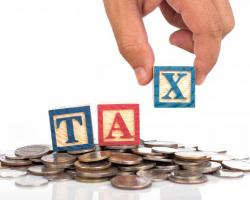 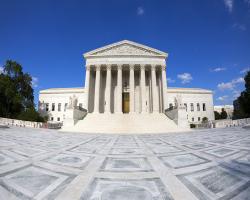 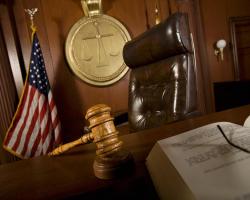 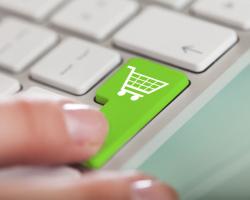