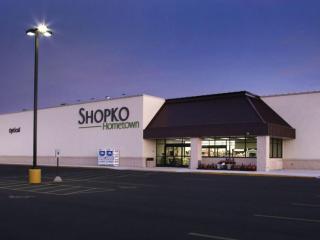 Shopko is going out of business.

The discounter announced that, despite its best efforts, it has been unable to find a buyer for its business. Shopko, which filed for bankruptcy in January, said Gordon Brothers will oversee a liquidation of its remaining stores, beginning this week. The process is expected to conclude in about 10 to 12 weeks.

The company said it is still evaluating strategic options for its optical business. Shopko had originally hoped to spin the business into standalone locations as part of its reorganization.

"This is not the outcome that we had hoped for when we started our restructuring efforts," said Russ Steinhorst, CEO. “We want to thank all of our teammates for their hard work and dedication during their time at Shopko."

In its Chapter 11 filing in January, Shopko cited excess debt and ongoing competitive pressures, and reported assets of less than $1 billion and liabilities between $1 billion and $10 billion. The retailer, which operated over 360 stores at the time of the filing, said it planned to continue to operate during the restructuring process.

As part of its reorganization, Shopko planned to close an additional 38 stores (on top of some 45 during the past year), and relocate more than 20 Optical centers to freestanding locations.

In early February, Shopko announced it was shuttering an additional 251 locations.

“We remain hopeful that we will be able to emerge as a stronger company, and we believe that this is the best course of action to make ourselves more attractive to potential buyers and successfully emerge from Chapter 11,” Shopko spokesperson Michelle Hansen said in a statement.

Founded in 1962 and based in Green Bay, Wisconsin, Shopko Stores Operating Co., was bought by Sun Capital in 2005 for about $1.1 billion. The company said is committed to ensuring the orderly wind-down of operations that minimizes the impact of this development on its teammates, customers, vendors and the communities it serves.
Advertisement