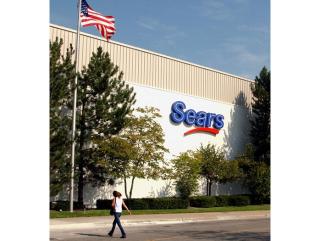 Daniel Lowenthal, partner at Patterson Belknap Webb & Tyler LLP and chair of the firm’s business reorganization and creditors’ rights practice.
“The bankruptcy filing spells out in stark detail the company’s balance sheet and operational problems. New management has a game plan to keep the Sears name alive. If so, we will see a smaller number of stores and a better internet presence. If not, we’ll see another U.S. retail liquidation.”

“This filing comes as no surprise. Sears has been in decline for years. The question now is whether this great 19th and 20th century brand can reshape itself to compete in the 21st century.”

Alan Treadgold, global retail lead, PA Consulting.
“Although this has been a long time coming, it still feels like a tremendously poignant day for U.S. retailing. It’s difficult to be optimistic that Chapter 11 bankruptcy protection will be enough to save the business. It’s not just a question of whether Sears can restructure fast enough and radically enough. The bigger question is, even if it could achieve all that, is there still a relevant and viable business here?”

“Competitive threats abound. First came Walmart undercutting on price; then came the specialty retailers outmaneuvering Sears on fashionability. And now is the biggest challenge of all – Amazon and the transformation of mid-market shopping to an ‘online first, stores maybe’ business. The sad truth is that if you were starting today to build a retail business for a 21st century shopper it wouldn’t look a thing like Sears.”

Tim Barrett, consultant at Euromonitor International
“Years of coasting on an old name in a number of outdated locations have seen the company slowly stripped of its assets. CEO Eddie Lampert has done the improbable by keeping them alive for this long, but it looks like the end might be near despite his best efforts. It’s hard to imagine that selling off their Kenmore brand and even more of their real estate would be anything other than a band aid.”

“As the dust continues to settle, Sears makes for a fascinating case of how a decline can take years. The company hasn’t been relevant for a decade and it’s in this slow slide towards irrelevance that we can learn the most.”

Patrick Dinardo, partner at Sullivan & Worcester
“No surprises here, but for the fact that it took so long for Sears to prepare for its filing. This day has felt inevitable and has been coming for some time.

“Sears lost its brand advantage as its image has suffered throughout this long decline. Its failure is all the more striking coming as it does in the face of record low unemployment and a surging economy.”

Carol Lapidus, partner, national leader-consumer products industry, RSM
The Sears bankruptcy filing is not a surprise as the company has not made money in at least six years, has not been relevant, and has failed at its online strategy, important for all big box retailers. What is surprising is the timing. Similar to Toys “R” Us, the filing is pre-holiday, which will significantly impact their Christmas sales, and possibly make it even harder to emerge from bankruptcy. I do not see this having a tremendous impact on retail as Sears has not been a focus or destination for both suppliers and consumers for some time now.

Neil Saunders, managing director, GlobalData Retail
“Trading through the holidays is a reasonable tactic, not least because it will allow Sears to clear down some inventory and ensure that at least some staff can keep their jobs, even if only temporarily. Even so, Sears will still be running up a down escalator. This is all the more so as many consumers will now be nervous about buying bigger ticket items from the retailer for fear that it may not be around to back guarantees or fix problems come the new year.” For more, click here.

Tom Londres, CEO and principal, Metro Commercial
“Sears going bankrupt is nothing new. People knew this was inevitable. In fact, retail owners have tried to get these Sears boxes back to preempt a massive wave of store closures hitting at once. Additionally, Sears was usually the first anchor secured in a mall, so they typically are located front and center position in these malls, but weren’t known for an aesthetically-pleasing entry way. Landlords and owners are happy to get these storefronts back and upgrade the facade.”

“With the exception of a very few, I predict that over 90% of these spaces are going to be cut up and repurposed into multi-level retail or mixed-use. The best example is PREIT’s repurposing of the former Macy’s box in its Moorestown Mall in Moorestown, New Jersey. The shuttered Macy’s became a HomeSense, Sierra Trading Post, Five Below, Shoe Dept. Encore, and added two restaurants.”

“For these multi-level Sears boxes, landlords will develop these to have each level offer a different experience: one part retail, one part food/beverage, and one part entertainment, like a movie theater. The few freestanding locations might evolve into an alternate use like a medical clinic. But none of these spaces will be filled by another single-use department store.”
Advertisement