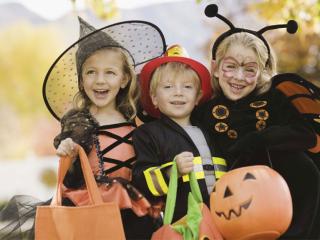 There is good new for retailers as a just-released survey indicates that Halloween spending is on pace with last year’s record.

Consumers will splurge on their favorite candy, costumes and decorations during the Halloween season, spending that will hit $9 billion, according to the annual survey released by the National Retail Federation and Prosper Insights & Analytics. While this is the second highest spending level in the survey’s 14-year history, the figure is just shy of last year’s previous record of $9.1 billion.

When looking for inspiration for the perfect costume, 35% of consumers will look online, 29% will look in stores, 19% will ask friends and family. Social media is also fueling inspiration this year as 19% will look to Pinterest, 16% will look to Facebook. Another 16% will be influenced by pop culture, and 15% by YouTube.

When buying costumes and other Halloween supplies, 45% of shoppers will visit discount stores, and 35% will go to a specialty Halloween store or costume store. In addition, 25% will visit department stores, 24% will buy online, and 24% in grocery/supermarket stores.

Halloween continues to be popular for adults, with half of consumers (48%) planning to dress in costume this year. More than 7.2 million adults plan to dress as a witch, 2.5 million as a vampire, 2.1 million as a zombie, 1.9 million as a pirate, 1.3 million as their favorite Avengers characters, such as Iron Man or Black Panther.
Advertisement