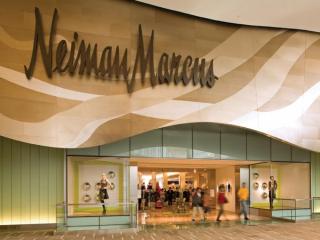 Excluding MyTheresa, U.S. adjusted EBITDA for the third quarter was $126.5 million, compared to $143.1 million last year.  (Neiman Marcus, which acquired MyTheresa in 2014, recently revealed it is exploring strategic alternatives for the Germany-based luxury fashion online retailer, which also operates a flagship in Munich.)

Despite the disappointing results, CEO Geoffroy van Raemdonck was upbeat about the company’s recent efforts, which include taking a minority stake in online resell retailer Fashionphile, which specializes in pre-owned designer handbags and accessories.

“We continue to drive innovation and are making long-term investments in technology and customer-centric capabilities that will both enrich the shopping experience and position the company for long-term growth” said van Raemdonck.

In other, more positive news, Neiman Marcus, which is burdened with a debt load of about $4.6  billion, announced it has reached a final settlement with creditors on its previously announced exchange offers. The deal, which gives the retailer some time to pay down debt and support efforts to improve its business, essentially extends loan maturities to 2023 and 2024 (from 2020 and 2021).