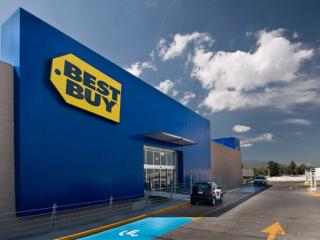 The delayed launch of the new iPhone cut and weather-related disasters cut into Best Buy's sales in the third quarter.

The consumer electronics giant on Thursday posted sales that missed expectations and also raised its fourth-quarter guidance — but not as high as analysts were hoping for.

Same-store sales increased 4.4%, missing analysts' estimates of a 4.8% rise, with sales affected by the delayed launch of Apple's iPhone X and the impact of hurricanes. Best Buy said it lost more than $100 million in revenue in the quarter because of the late launch of the iPhone.

"We do not see the slower pace of growth, nor the sales miss as particularly problematic, mainly because the big iPhone phone launch was pushed later this year, which means the benefit will accrue in the final quarter rather than this one," commented Anthony Riva, analyst at GlobalData Retail. "It is also the case that hurricanes affected some stores over the period, which had a small negative impact on sales. Both of these things are outside of the company's control and do not indicate a material change in future prospects. Indeed, without these factors, Best Buy would have exceeded quarterly sales expectations by a large margin."

"Our Q3 results include the negative impact of two significant factors," said Best Buy CEO Hubery Joly. "First, despite our moderate expectations for mobile phone launches in the quarter, revenue in the mobile category was materially lower than expected. This was due to the fact that a major new phone did not launch until November, which is in our Q4. The related revenue impact in the quarter was more than $100 million. Second, like most retailers, we felt the impact of the natural disasters in south Texas, Florida, Puerto Rico and Mexico."

“Looking ahead, we are very excited about our plans for holiday, including a curated assortment of great new technology products, free shipping with no minimums, and a range of new capabilities such as our new in-home advisor program, an updated gift center, and same-day delivery in 40 cities," said Joly. "We believe we are well positioned for a successful season and therefore, we are raising our financial outlook for the fourth quarter and for the year. I would like to thank all of our associates for their work this last quarter, and for what they will do this holiday season.”
Advertisement