Footwear and accessories retailer DSW is going through a major rebranding.

The company on Tuesday announced it is changing its corporate name to Designer Brands Inc., effective immediately. It also is changing its ticker symbol on the New York Stock Exchange to DBI from DSW, with an effective date of April 2, 2019. (The nameplate on DSW stores will remain as is.)

Designer Brands also announced plans to create exclusive private brands and products to sell via its DSW and The Shoe Company divisions. The brands will be developed through the design and sourcing capabilities of the Camuto Group, which the company acquired in November.

The name change and private brand push are part of Designer Brands’ new three-year strategic priorities which it said are designed to “leverage its unique business model to unlock value and deliver 2021 adjusted earnings per share in the range of $2.65 to $2.75.” Other priorities include growing the kids business at DSW and expanding in-store DSW services, such as its partnership with the W Nail Bar, custom insoles, shoe repair and shoe concierge.

“Over the next three years and beyond, we will leverage our integrated enterprise to continue delivering differentiated products and experiences while significantly expanding our gross margin by bringing the production of our private brands in-house through our industry-leading Camuto Group and increasing the sales penetration of all of our produced brands across our retail channels," stated Roger Rawlins, CEO, Designer Brands.

Also on Tuesday, the company reported mixed results for its fourth quarter as it swung to a net loss of $45.7 million, or 58 cents a share, from a profit of $12.0 million, or 15 cents a share, in the year-ago period, which had an extra week. Losses, adjusted for one-time gains and costs, were 7 cents per share. Analysts had estimated earnings of 3 cents a share.

Gross margin fell more than two percentage points to below 25%, and operating expenses increased by nearly half compared to the year-ago quarter. Profitability also was affected by impairment charges of $31.7 million and expenses from the strategic moves the company has made.

For the full fiscal year, the company reported a net loss of $20.5 million, or 26 cents a share, compared to net income of $67.5 million, or 84 cents a share, in the prior year. Excluding various charges and adjustments, full-year per-share earnings were $1.66 a share. Total revenue increased 13.3% to $3.2 billion, including $310.0 million from the acquisitions of the Canadian business (Canada Retail Segment) and Camuto Group (Brand Portfolio Segment). Same-store sales rose 6.1%.

Despite the loss, Rawlins sounded an upbeat note on the company’s performance.

"Fiscal 2018 was one of the best years in our company's history from a comparable sales and earnings growth standpoint,” he said. ‘We crossed the $3 billion revenue threshold for the first time and drove a +6% increase in comparable sales as we strengthened connections with our customers. We built a compelling product assortment, including the expansion of DSW Kids, a differentiated services offering with our W Nail Bar partnership, and the relaunch of our award-winning loyalty program. At the same time, we strategically positioned our company to grow share and enhance profitability through transformative acquisitions, creating an infrastructure that positions us to be a significant force in the footwear industry for years to come." 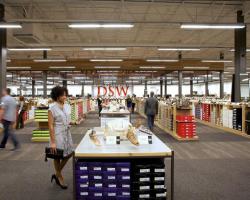 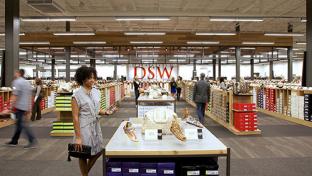 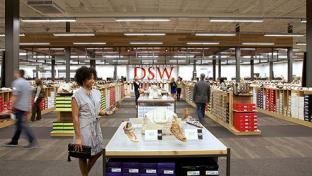 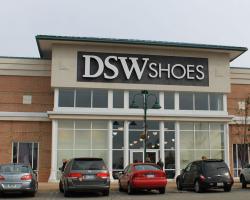