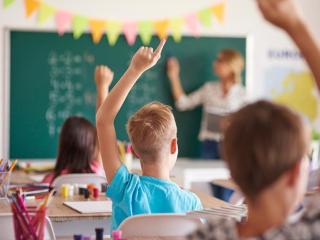 American consumers are ramping up their spending, just in time for the critical back-to-school season.

That’s according to retail research firm Customer Growth Partners’ 17th Annual BTS Forecast, which calls for year-over-year growth of 5.1%, to a record $616 billion, up sharply from 2018’s prior record $587 billion.

“After a slow start due to the long winter, retail has inflected sharply up since mid-April, and has hardly looked back,” said Craig Johnson, president, Customer Growth Partners. “This is the best momentum we’ve seen in eight years, and spans most retail sectors.”

The key to the 5.1% BTS growth this year is the jump of over 2 million full-time jobs over the past year, which provides the steady cash flow households need, according to the report.

“Consumers with only a part-time job or no job spend just on needs, while people with full-time jobs spend on both needs and wants,” he added. “This is the first time in over a decade that more than half, 50.6%, of working age adults had a full-time job, up from 48% as recently as 2014.”

As seen for two decades, the BTS growth will be paced by online retail, up over 11%, with $13 billion rise in online sales represents more than 50% of the incremental BTS sales.

Retail sectors anticipated to decline over BTS include:
• Consumer Electronics: Down 2.5%;
• Sporting Goods, Books, Toys, etc.: Down 2.9%; and
• Department Stores: Down 4.9%.

According to Johnson, the question is whether the robust BTS momentum leads to sustained GDP growth into 2020 and beyond.

“But for now, 5.1% BTS growth is fully consistent with a 3% GDP pace for the second half of 2019, as the consumer — again — straps the economy on her back and powers forward,” he said.
Advertisement