One week after announcing that it planned to close underperforming stores, the other shoe has dropped at Charming Charlie.

The jewelry and accessories retailer on Tuesday announced that it has filed for Chapter 11 bankruptcy protection. The move was not unexpected.

Charming Charlie said it expects to operate the majority of its stores and its website as usual during the court-supervised process. Subject to court approval, it also intends to move forward with its previously announced plans to close underperforming locations and simplify its business operations.

On Dec. 4, Charming Charlie announced plans to shutter a number of underperforming stores along with its Los Angeles office, and also reduce headcount at its Houston headquarters and distribution center as part of an effort to simply business operations. Charming Charlie did not specify how many of its approximate 375 stores it planned to close, but Reuters put the number at about 100. The company is working with A&G Realty Partners and Hilco Merchant Resources on its real estate strategy and store closings, according to costar.com.

"The actions we are announcing today are intended to help ensure that the company has adequate sources of financing and the right capital structure to support the business on an ongoing basis as we continue to implement our back-to-basics strategy," said Lana Krauter, interim CEO, Charming Charlie. "We are confident that by reducing the size and scale of our business, we can focus on the core strengths that make the company successful."

Similar to many other retailers, Charming Charlie has suffered from sluggish mall traffic and rising digital sales. It also has been hurt by merchandising miscalculations and an overly broad vendor base, according to a statement by its CFO in support of the Chapter 11 filing.

Charming Charlie was founded in 2004 by Houston entrepreneur Charlie Chanaratsopon, who stepped down as CEO this fall. It sells a wide assortment of jewelry, handbags, apparel, gifts and beauty products, with the merchandise organized by color.

The retailer said it intends to pay vendors in full for all goods and services provided after the filing. Charming Charlie's legal counsel, AlixPartners is serving as its restructuring advisor. 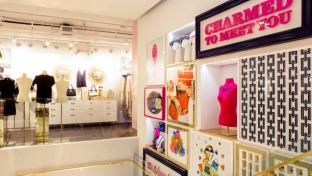 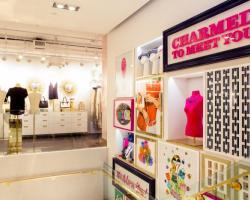