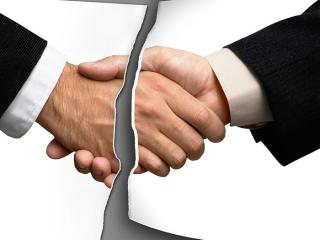 Albertsons Companies and Rite Aid called off their proposed, $24 billion merger amid growing opposition from Rite Aid shareholders who complained it undervalued the retail pharmacy chain.

The termination was announced Wednesday evening, a day before Rite Aid was set to hold a special shareholders meeting at which the company has been urging its shareholders to vote in favor of the merger.

“Albertsons believes that the strategic rationale of the Rite Aid combination was compelling, including the $375 million of cost synergies and $3.6 billion of identified revenue opportunities,” Albertsons said. “We disagree with the conclusion of certain Rite Aid stockholders and third-party advisory firms that although they acknowledged the strategic logic of the combination, did not believe that Albertsons was offering sufficient merger consideration to Rite Aid stockholders.”

In the lead-up to the shareholders vote, CNBC reported that Glass Lewis and Institutions Shareholder services — two advisory firms for investors — came out against the merger, citing the offered price as the main sticking point, as they both backed the rationale for the acquisition, according to CNBC.

In comments on the called-off deal, analyst Neil Saunders, managing director, GlobalData Retail, said that "the idea of creating a food, health, and wellness giant was always fanciful."

"Neither Albertsons nor Rite Aid are stellar retailers," Saunders said. "The former has a tired and shabby store portfolio that is in desperate need of investment, while the latter also has a retail proposition that is far from cutting edge. In our view, the deal was simply an acquisition that would have added some new revenue to Albertsons while injecting another entity into an already overly-complex corporate structure."

Albertsons said that in consulting with its board, it was “unwilling to change the terms of the merger.” Moving forward, the company said it would be focused on the future following the completion of its integration with Safeway. Efforts include building up its store-brand offerings and bolstering its e-commerce platform, which it said posted 108% year-over-year growth in the first quarter of 2018.

Rite Aid chairman and CEO John Standley said that despite believing in the merits of the merger, it had listened to its stockholders and has committed to moving forward as a standalone company.

“We remain focused on leveraging our network of conveniently located retail pharmacies, our EnvisionRxOptions PBM and our trusted brand of health and wellness offerings,” Standley said. “We will continue building momentum for key areas of our business like our innovative Wellness store format, highly successful customer loyalty program and expanded pharmacy service offerings, as we also enhance our omni-channel and own brand offerings to strengthen our competitive position and create long-term value for stockholders.”

Rite Aid also noted that its board was weighing governance changes, which it said would be undertaken alongside engagement with shareholders. It said that it would hold the company’s annual shareholders meeting on Oct. 30 at 8:30 a.m. at a location that is yet to be determined.

Neither Albertsons nor Rite Aid is responsible for any payments to one another under the merger terms, the companies said.
Advertisement