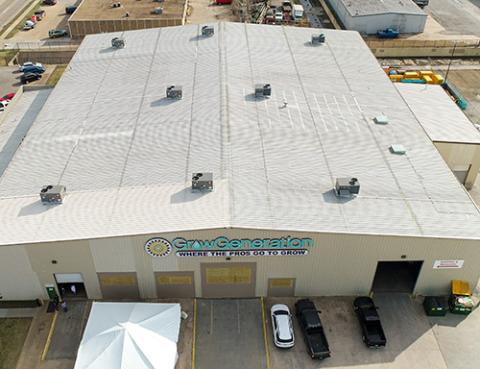 Grow Generation discount cultivation stores will double their count in 2021.

The fastest-growing retail cannabis business in the United States saw its revenue rise 140% in 2020, fueled by a same-store sales increase of 63%.

One year ago it had just 25 stores. Its national footprint is now 46 stores following this week’s closing of an acquisition of a four-store chain in Colorado and Oklahoma. And while dispensary chains like Harvest Health and Green Thumb fight over old bank locations for their 2,000-sq.-ft. sizes and safes (it’s a cash business), this retailer takes credit cards and looks for spaces in the 20,000-sq.-ft.-to-30,000-sq.-ft. range.

“We are the Home Depot of the cannabis business,” said Michael Salaman, the president of GrowGeneration, a chain of specialty hydroponic and garden centers in 11 states that sells grow lights, organic fertilizer, greenhouses, trimming machines, and more to the growing legions of cannabis cultivators in the U.S. What Grow Generation stores do not sell, though, is cannabis--and that makes expanding their presence easier for them.

“We’re able to satisfy any size of a grower, from a small garden up to a million square feet, and it doesn’t matter what you grow,” Salaman said. “We’re a Nasdaq company open to institutional financing, but we don’t touch seeds. We don’t touch a plant. We’re a garden center positioned to help cannabis growers grow.” 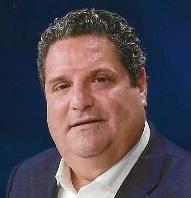 Like dispensary chains, the company’s early-stage roots are planted in places like California, Colorado, Michigan, and Maine where recreational cannabis is legal.  The company follows the flow of applications for cannabis cultivation licenses to plot its expansion plans. But organic farmers and home growers of flowers and herbs and rutabagas are their customers, too. Grow Generation is actually, in a way, a funkier version of Tractor Supply.

“Our real estate strategy is based on merger and acquisition in mature markets with hydroponic suppliers that have 20 or more years in the business,” Salaman said. “We look for good visibility, look for a lot of good frontage, but we want those things where the licenses are being ordered.”

Grow Generation’s COO is 20-year Foot Locker veteran Tony Sullivan, who helped build some 2,000 new stores for that chain. Once a property is acquired, he has construction crews re-fit the building with five or six POS stations and a front counter for pick-up and cash-and-carry. Grow Generation hires former hydroponic growers to staff the stores and usually will have it re-opened under its aegis within four months.

“We’ve built this business by focusing on the cannabis side, but we want to appeal to a broad scope of farmers, people who are growing tomatoes indoors 360 days a year,” Salaman said. “Lots more people are growing indoors, and they need product.”