With more than 60 restaurants dotting its property, one would expect to find any and every type of cuisine at Easton Town Center in Columbus, Ohio, and it’s possible that that may now be the case.

Easton will be filling the Hawaiian slot in its dining lineup with the opening of LemonShark Poké and Makai Grill. Poké, the popular marinated seafood over sticky rice dish, is accompanied by a grilled tasting menu at LemonShark’s first Ohio location.

The first LemonShark Poké opened in Southern California in 2016 and the company is on pace to become a truly national casual dining franchise. It has 14 locations in five states and 63 more under development nationwide.

“We are absolutely ecstatic about having a flagship store open in Easton, one of the premier lifestyle centers in all of America,” said Tobi Miller, president and co-founder of LemonShark. “This location will be unique within the brand in that it is a larger format store with localized design elements inspired by the playful aesthetic of the new district within Easton Town Center.”

The lemon shark is known for its precise culinary tendencies, preferring to dine on specific types of fish and crustaceans that are abundant and easier to catch with a stalking technique. 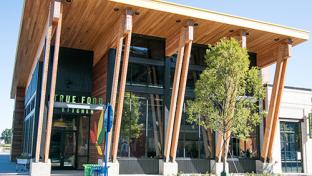 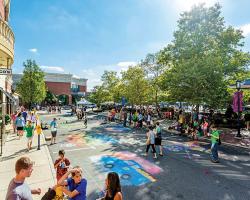