In a search for innovators in experiential retail, Chain Store Age asked readers to nominate retail centers worthy of being named among the Top Retail Center Experiences in the nation.

If you’re going to spend a billion dollars to renovate an already successful center, you’d better have a lofty goal, and Westfield did. “We wanted Century City to be the home of retail in L.A.,” said Westfield executive VP of leasing David Ruddick.

Ensuring it would be a home worthy of the 21st century, Westfield engaged L.A.-based design guru Kelly Wearstler to metamorphose the space with walkways and gardens peppered with secluded lounges and cabanas, canopies of olive and palm trees, and alfresco dining promenades. Century City offers 50-plus food choices, including L.A.’s own Eataly location.

“What we created was a modern retail resort,” Ruddick said.

In June, The Business of Fashion industry group held its West Coast summit inside Century City, branding it with the imprimatur of “worldwide fashion destination” in the process. Michael Kors, Jon Varvatos, and Gerard Darel are among the names added to the fashion lineup at the new Century City.

Fitness and health figure much more prominently in the renovated center than before. Equinox is joined by such boutique workouts as Gloveworx and augmented by Next Health’s post-workout offerings of cryotherapy and biomarker testing. Century City guests also enjoy amenities such as rotating art installations and app-driven self- parking.

“This is the future. These are the new platforms. If you don’t honor them, you will have only short-term relevance,” Ruddick said.

“It’s done a lot for the Houston retail scene,” said OliverMcMillan marketing exec Stacie Ellis. “The Galleria’s nearby, but the ambiance at River Oaks is so different. We’ve had a few stores move out of the Galleria and join us.”

River Oaks’ architecture features glass façades and floor-to-ceiling windows to offer scenic views of the project’s green space. The development was laid out on a street grid and owes to architect-CEO Dene Oliver’s mission to create special places.

Bob Stark has a bias about today’s mixed-use developments: “Too many have a faux main street across a horizontal plane. They’re not recreating the magic you find in cities like New York or Chicago.”

Not so with Crocker Park, the Stark Enterprises community that debuted in the Cleveland suburb of Westlake in 2004 with office space, a hotel, luxury apartments, premier dining, and shops presented in the tableaux of a European town.

“The concept goes back to the Roman era — logical grids and here and there some columns or a temple to attract attention,” Stark said.

Crocker Park’s diversions include an IMAX theater, Bar Louie, and such retailers as Anthropologie, Cyclebar, Trader Joe’s, and Sur La Table. Everyone in Cleveland knows and visits Crocker Park, Stark said, up to and including its most famous residents.

“When new players join our three major sports teams, almost all of them end up living at Crocker Park," Stark said.

As they proliferate to serve so many new affluent communities, necessity-based centers are having to move beyond the formula of a grocer, dry cleaner, nail salon, mobile provider, and Chipotle.

Phillips Edison’s Plano Market Street, a 167,000-sq.-ft. center situated in the booming corridor north of Dallas, does it with a fitness roster that might have been created by the Olympic Training Center. The Little Gym, UFC Gym, Gaia Flow Yoga, Plano Taekwondo, and NexGen Fitness provide the workouts.

“When people think of experiential retail, they tend to think of what goes on in malls,” said PECO leasing VP Vasili Lyhnakis. “But people want to live better and eat better, so health and wellness options may be the best of experiences.”

But Donald Bren, chairman of The Irvine Company and master of master-planners, got that ball rolling some 20 years ago at Irvine Spectrum Center, the de facto “town center” of Orange County, Calif.

“Forty percent of our GLA is dedicated to food, beverage, and entertainment,” Irvine Retail Properties president Butch Knerr said. “Everybody questioned us at first. Now everybody’s chasing what we’re doing.”

The 5,000-acre development includes office space and resort-style homes, several world-class restaurants, and the highest-grossing movie theater in the country. A $200 million reinvestment in the property intends to bring 30 new stores and restaurants to the center and build on its 17 million annual visitors.

And then there are the trees.

“We have more than 400 mature trees, including olive trees that are more than 100 years old,” Knerr said. “What’s so unique about Spectrum Center, what sets us apart, is our lush landscaping.”

Streets of St. Charles hits all the top notes for mixed-use centers while, at the same time, serving as a new hot spot for folks from St. Louis.

“St. Charles has always drawn a lot of people with the [Ameristar] casino and Main Street, but it did have a void in restaurants and entertainment,” Cullinan CEO Christopher West said.

Cullinan filled it with dining options like Wasabi Sushi Bar, Tucanos Brazilian Grill, and P.F. Chang’s and such shops as MOD and Brulee Boutique. A new city trolley bus links Streets and its Tru by Hilton hotel to the casino. 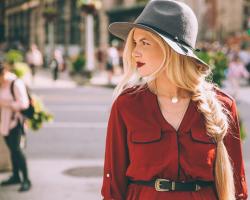 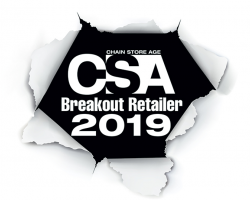 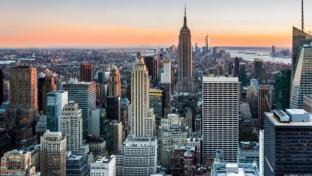 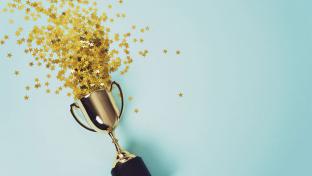 REAL ESTATE
10 Under 40: The Dazzling Dozen