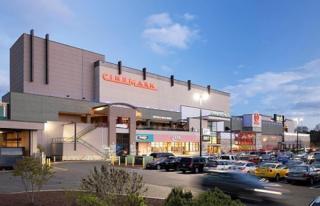 The Connecticut Post Mall in Milford, Conn., lost its Sears and J.C. Penney and wants to fill those empty spaces with luxury apartments that owner Centennial thinks would fill a need in the community and save the property.

"The proposed residences at the Connecticut Post Mall will be a vibrant addition to the community that will attract new residents while also providing new housing options for current residents who would like to live in Milford but may not want or need a single-family home," Centennial senior VP of development Jon Meshel told Patch.

Not all the members of Milford’s Planning and Zoning Board agree with him, however, and the future of Connecticut’s largest mall could be decided when the board meets to discuss plans for the renovation on Sept. 15.

Centennial’s plan is for a $75 million, five-story building with 300 apartments—mostly one- and two-bedroom units, but also some three-bedroom spaces. Amenities for residents such as a pool and a fitness center will also be included.

Centennial hopes the board will be amenable to its rescue plan since it will also save Milford its biggest taxpayer. The Connecticut Post mall paid out $3.8 million to the town last year, a bill that will rise to more than $5 million if the renovation plan is approved.

“Additionally, the project will create hundreds of new jobs and once completed, will generate an additional $1.25 million in real and personal property tax revenues every year," Meshel said.