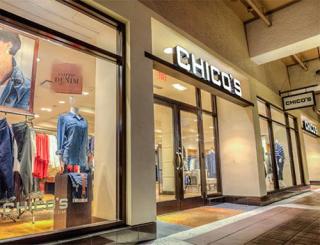 Chico's FAS reported a strong second quarter and raised its full-year outlook at a time when many  retailers are doing the opposite.

The women’s apparel and intimates retailer posted net income of $42 million, or $0.34   per share, for the quarter ended July 30, compared to income of $26.2 million, or $0.21 per share, in the year-earlier period. The company said its performance — its highest-ever second quarter net income per share — was driven by strong comparable sales growth and meaningful gross margin expansion.

Comp sales at Somafell 9%, which the retailer credited largely to the continued slowdown of the lounge and cozy categories.It noted that Soma comparable sales have grown nearly 24% compared to 2019, “demonstrating the overall strength and long-term power of the brand.”

"Our strong performance and continued momentum show that our strategy is working," stated Chico’s CEO Molly Langenstein. "We are a customer-led, product-obsessed, digital-first, operationally-excellent company with a compelling portfolio of three unique brands, each with their own market share opportunities. Six months into our three-year strategic growth plan, we are pleased with the considerable progress to date and are confident in our ability to achieve our long-term goals."

For the full-year, Chico’s expects consolidated net sales of between $2.14 billion and $2.17 billion,up from its previous guidance of between $2.13 billion   and $2.16 billion.

As of July 30, 2022, the retailer operated 1,258 stores in the U.S. and sold merchandise through 58 international franchise locations in Mexico and two domestic franchise airport locations.